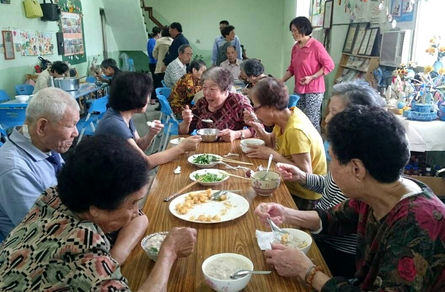 Life expectancy in Taiwan rose to an average 79.84 years in 2014, with an average 76.72 years for males and 83.19 years for females, according to the Ministry of the Interior on Wednesday.

According to preliminary calculations, the average life expectancy at birth for males only rose slightly over the previous year, which saw 76.7 in 2013, as opposed to a drop for females with 83.3 last year.

However, the decrease of female life expectancy in Taiwan can be attributed to the increased number of deaths for women aged 65 and above in 2014, the ministry said, adding that cancer remains the number one killer disease in the nation.

Based on the data collected, the MOI survey found that Taiwan’s average life span is comparative with figures from countries in Europe, the United States and Germany.

When compared with other Asian nations, Taiwan’s average life span of 79.12 years is longer than that of Indonesia, the Philippines and China, but shorter than Japan, Singapore and South Korea, according to the MOI report.

The ministry projects the percentage of Taiwan’s population aged 65 and above to top 14 percent in 2018, qualifying the country as an aged society. The MOI is formulating policies to address the aging population issue, including creating a sound long-term care mechanism and diversified pension system.