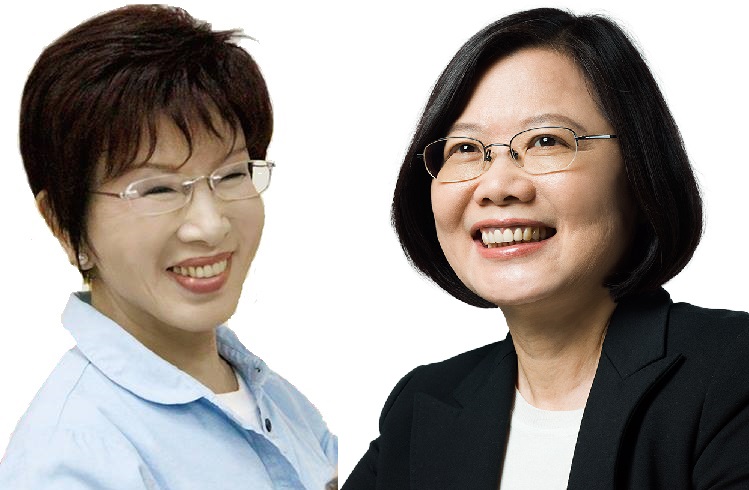 TAIPEI (Taiwan News) – Democratic Progressive Party presidential candidate Tsai Ing-wen reached a new high of 45.8 percent in a poll for the January 16 election published by Taiwan Indicators Survey Research Wednesday.
The opposition leader’s distance from the two other candidates reached more than 30 percent. Kuomintang candidate Hung Hsiu-chu received 14.1 percent of voting intentions to come in second, while People First Party Chairman James Soong finished last with 11.7 percent.
When Soong officially launched his campaign in August, he received 20 percent, but since then his support has been waning, seeing him falling behind Hung for the first time in early September.
Even though Hung looked she was in a secure second position, she had also been losing support, falling from 15.3 percent in mid-September to 14.1 percent.
If the “pan-blue” side of Taiwan politics banded together and decided to settle on a joint candidate, 42.6 percent of TISR respondents would pick Soong, while 24.1 percent would prefer Hung.
When asked which candidate would be the best at protecting the Republic of China, 44.3 percent named Tsai, 14.1 percent Hung and 13.4 percent Soong.
In the event of a Hung defeat on January 16, President Ma Ying-jeou was named most often as the main person responsible, with 46.7 percent choosing him, followed by Hung herself at 14.5 percent. KMT Chairman Eric Liluan Chu should be responsible according to 9 percent of those asked, while Soong, who has been blamed for dividing the pan-blue vote as he did in 2000, was blamed by 3.1 percent.
TISR conducted its poll on September 24 and 25 and obtained 1,004 valid responses from people of voting age, with a margin of error of 3.1 percent.