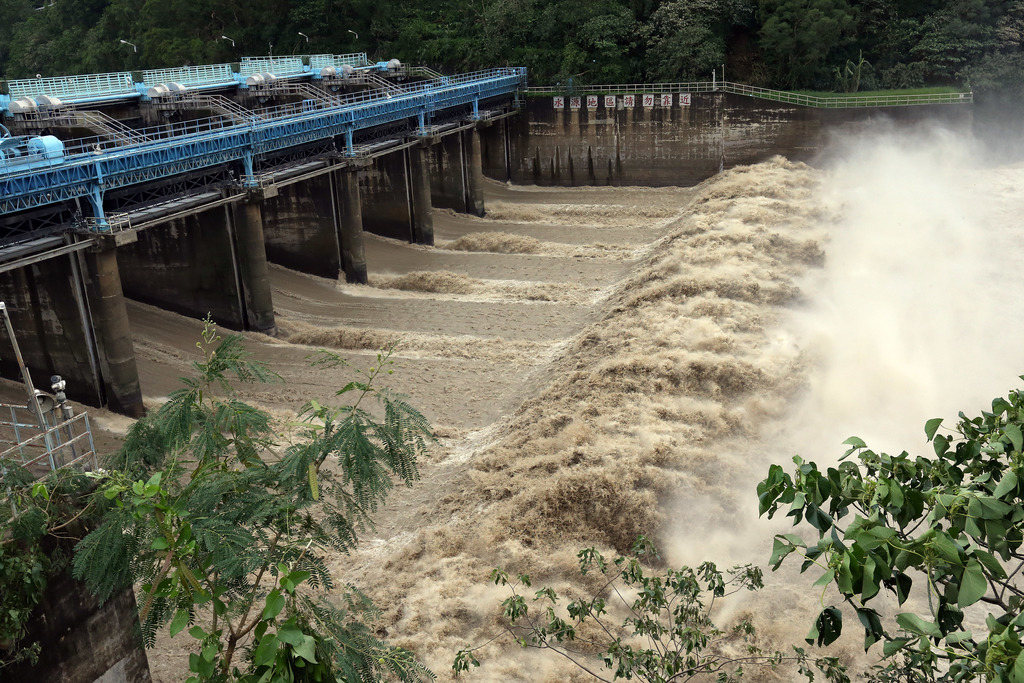 TAIPEI (Taiwan News) – Due to problems with too much murky water in the wake of Typhoon Dujuan, Taipei City said it would postpone the resumption of its regular water supply until 6 a.m. Wednesday.
Taipei City water officials apologized, saying they regretted that 70 percent of water users in the capital would have to wait until Wednesday morning, instead of the earlier mentioned time of Tuesday noon.
Most tap water in the capital comes from three water purification plants, and the Zhitan plant, which supplies 70 percent of consumers, had a problem with murky water, officials said. A workable solution to solve the problem was not found until 2 p.m. Tuesday, according to the authorities.
Residents of the Zhongzheng, Wanhua, Daan, Xinyi and Jingmei areas could look forward to receiving tap water at 6 p.m. Tuesday because they were supplied by the Changxing and Gongguan purification plants, which had not suffered the same problem, the authorities said.
Residents of remote and higher areas might even have to wait until Wednesday noon before they noticed clean water running out of the tap, officials said.
They blamed the problem to create clean water out of murky water on the previous major typhoon, Soudelor, which also caused a water stoppage amid widespread complaints about the quality of the tap water.
The combination of Soudelor and Dujuan had make the situation even more complicated and the problem more difficult to solve, necessitating experiments with new combinations of solutions, experts said.