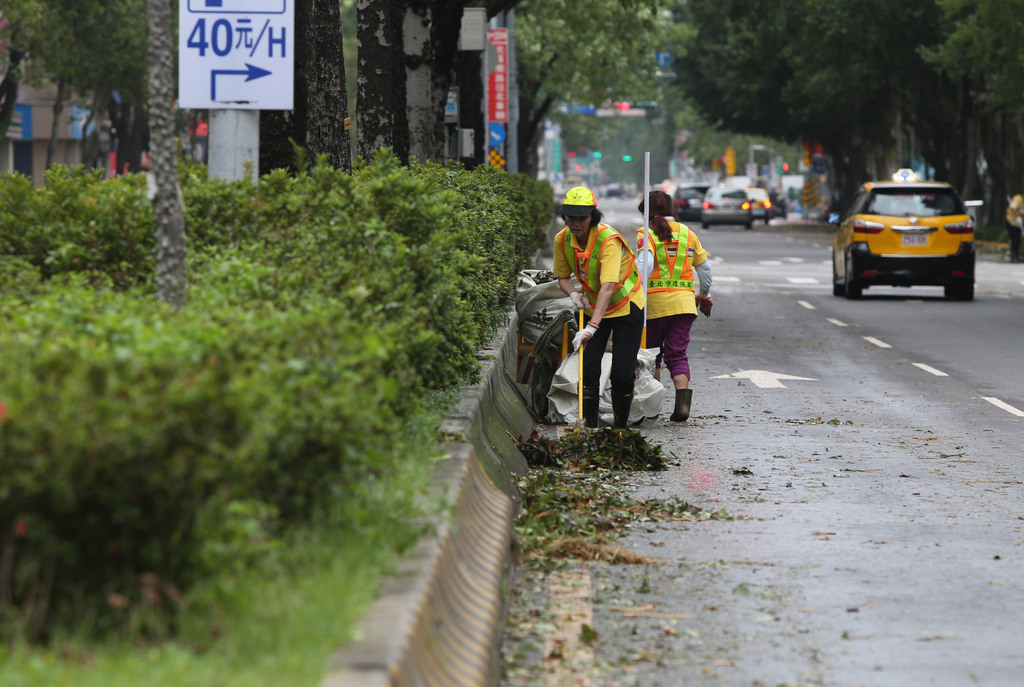 TAIPEI (Taiwan News) – The Central Weather Bureau ended all typhoon warnings at 5:30 p.m. Tuesday as Dujuan had weakened to a tropical storm and made landfall in China’s Fujian Province.
The storm left three dead and at least 376 injured as it barreled its way over the island Monday, with the eye moving from Yilan County on the east coast to Changhua County on the west coast, where it ventured into the Taiwan Straits around 1 a.m. Tuesday.
All land and sea warnings ended at the same time early Tuesday evening, according to the weather bureau.
Even though the storm had already gone, most of Taiwan, with the exclusion of Tainan, Kaohsiung and Pingtung in the far south, was still enjoying a typhoon holiday off all of Tuesday.
There were still warnings out for heavy rain in mountainous areas, where even after typhoons disappear, landslides still pose a serious danger. Floods, broken bridges and damaged homes were still a problem in many parts of Taiwan, as were power failures.
Conventional and high-speed trains resumed services in most of Taiwan at noon Tuesday, after the railway lines had been checked for debris and the necessary repair works had been made, reports said.
In Taipei City, the local government decided to delay the resumption of the water supply until September 30 in the early morning because it was still too murky for consumption.