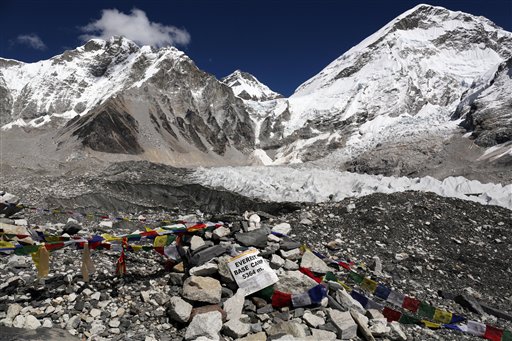 The Nepalese government is planning to ban novice, severely disabled and very young people from climbing Mount Everest in order to maintain the "glory" of the summit.

Nepalese officials says they will introduce regulations to improve safety and to address the problem of overcrowding on Mount Everest. Nepal makes millions of dollars annually from climbers who want to establish world records on the world's highest mountain. However, the government has been criticized for their poor management. For the past years, 16 Sherpas and 18 climbers have been killed in the region.

Nepal's tourism minister Kripasur Sherpa hopes to implement the new regulation by the spring of 2016. The permit to climb Mount Everest will be given to climbers who have already scaled mountains that are higher than 6,500 meters. Climbers who are younger than 18 or older than 75 years old would not be allowed to climb. "We cannot let everyone go on Everest and die. If they are not physically and mentally fit it will be like a legal suicide, " said the minister.

Every year, around 600 climbers try to reach the summit, generating multi million dollars revenue for Nepal. It also create problems of overcrowding, which pose high risks to the mountain's environment and the climbers.

Nepal, whose tourism industry still suffers from the aftermath of the devastating earthquake in April, seeks to reassure tourists that the nation is safe.