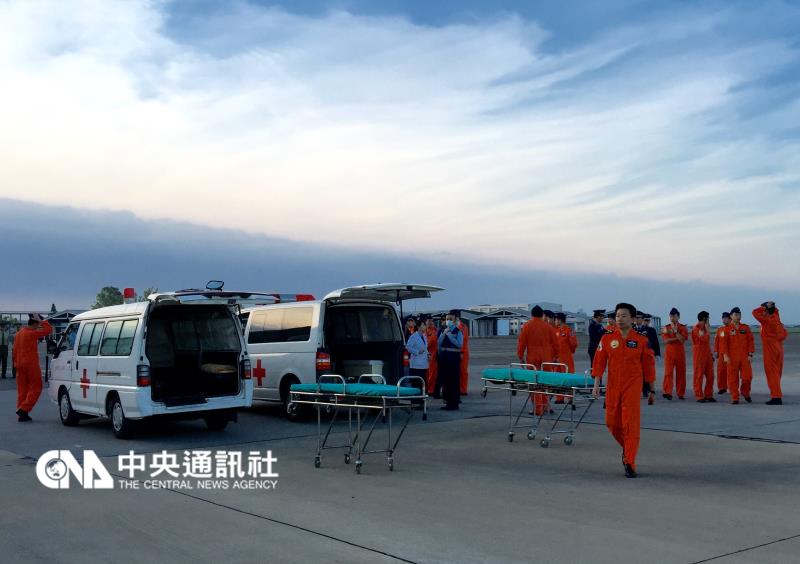 Retrieving bodies of the downed AT-3 training aircraft have proven to be difficult, reports said Sunday.

An Air Force S-70C rescue helicopter hovering above the crash site in the wee hours of the morning has had to abandon its attempt to airlift the dead pilots to return to its airbase in Hualien to refuel.

According to the Air Force, the harsh mountainous terrain and worsening weather conditions have made it difficult for the rescue pilots to fight off vortex ring as they hovered at a relative height.

On Saturday, the Ministry of National Defense said they were trying to bring the bodies to safety through difficult terrain before the arrival of Typhoon Dujuan on Monday.

The wreckage of the AT-3 plane was discovered after a helicopter team had located the crash site around 6 a.m. Saturday. The ground rescue teams made up special forces soldiers also managed to find the two bodies inside around noon

The S-70C will be making another sortie before noon in an attempt to airlift the downed pilots, the Air Force said.

The bodies of Wang and Huang are expected to be transferred to the Gangshan Air Force Academy in Kaohsiung City where they departed from on their final mission.