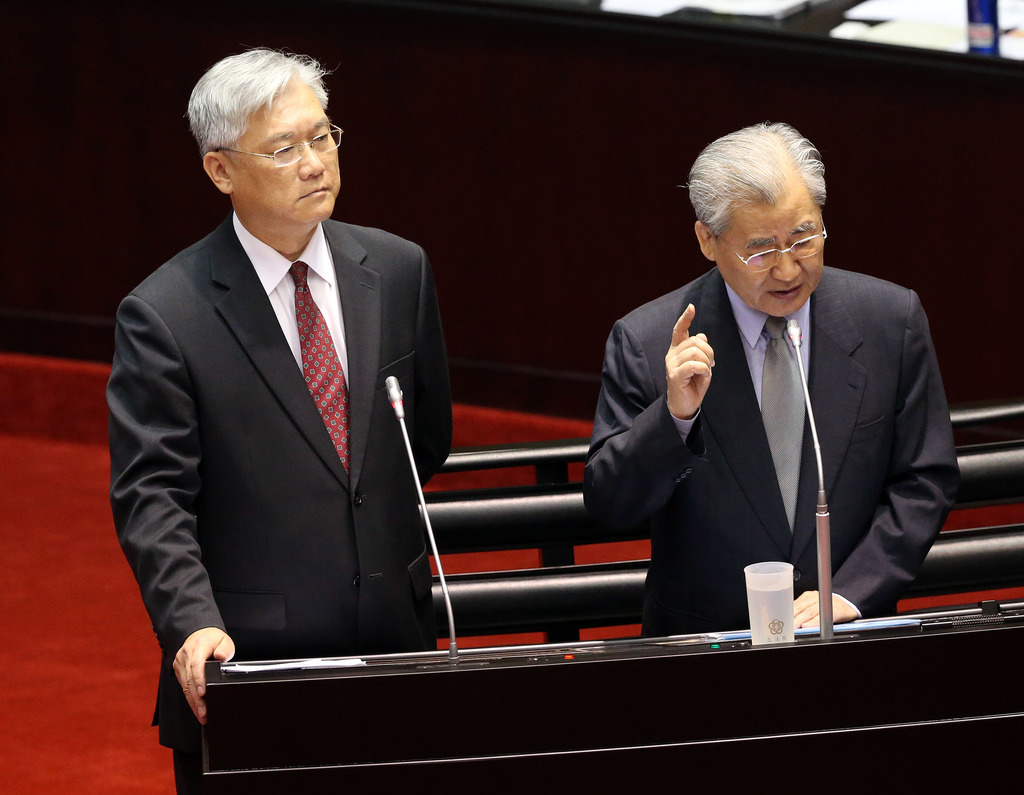 TAIPEI (Taiwan News) – The Legislative Yuan approved a motion Friday calling on the government to protest to China about the introduction of electronic travel cards for visitors from Taiwan earlier this week.
The new cards, which have incited fears about the Chinese authorities tracking Taiwanese travelers and accessing private information, replaced the previous Mainland Travel Permits for Taiwan Residents, which looked like an average paper passport.
Before Premier Mao Chi-kuo mounted the podium at the Legislative Yuan to present his government report Friday morning, the three lawmakers from the Taiwan Solidarity Union showed off banners calling on Taiwan to refuse the use of the new cards in order to protect the country’s sovereignty and independence. An impending meeting between Mainland Affairs Council Minister Andrew Hsia and his Chinese Taiwan Affairs Office counterpart Zhang Zhijun should be canceled over the issue, the TSU said.
During negotiations between the caucuses under the leadership of Legislative Speaker Wang Jin-pyng, ruling camp and opposition agreed on a joint motion calling on China to consult Taiwan on important bilateral issues out of mutual respect and equality. The executive branch of the government should also lodge a protest with China to protect the necessary respect for Taiwan’s sovereignty, the legislative motion said.
Lawmakers also demanded that Mao add a report about the card issue to his original government policy presentation.
Government officials insisted that the card presented no difference from the previous passport-sized document, because the embedded chip could not be tracked as it did not include a radio frequency function. Information stored in the card could not be altered either, officials said.
The launch of the card for Taiwanese visitors to China was not the first unilateral decision by Beijing to rattle Taiwan this year. Earlier, the communist country declared it would allow its aircraft to fly along new routes close to the median line over the Taiwan Straits, inciting fear that the Chinese military could use the cover of the routes to launch an attack against the island. After protests from Taipei, China agreed to move the new routes a few kilometers to the west.