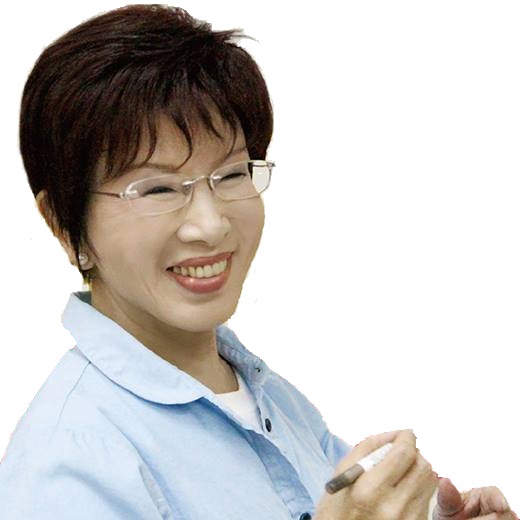 TAIPEI (Taiwan News) – Kuomintang presidential candidate Hung Hsiu-chu’s running mate will come from Southern or Central Taiwan, party chairman Eric Liluan Chu said Friday.
Hung has been performing poorly in most polls for the January 16 election, and one of her perceived weaknesses has been her lack of appeal in Southern Taiwan.
The choice for a KMT vice-presidential candidate was on the way with contenders being interviewed, but no final decision had been reached, Chu said. In principle, the running mate would come from Southern or Central Taiwan, he added.
The ruling party leader denied that he would resign as mayor of New Taipei City in order to join the ticket himself. After a devastating KMT defeat in local elections last November, Chu declared as bid for party chairman, but at the same time insisted he would not run for president. Because of Hung’s low poll ratings, rumors have been rife that she might be replaced as the KMT candidate, possibly by Chu.
Southern Taiwan is the heartland of the supporters of Legislative Speaker Wang Jin-pyng, who was initially thought to want to run for president himself. Many of his prominent native Taiwanese supporters are said to have been upset by Hung’s strong pro-unification statements. The move by several incumbent KMT lawmakers in the South not to seek re-election in the January 16 vote for the Legislative Yuan has also been interpreted as a sign of no-confidence in Hung’s candidacy.
Most polls for the presidential election have placed opposition Democratic Progressive Party leader Tsai Ing-wen far ahead, with Hung and People First Party Chairman James Soong battling it out for a distant second place.