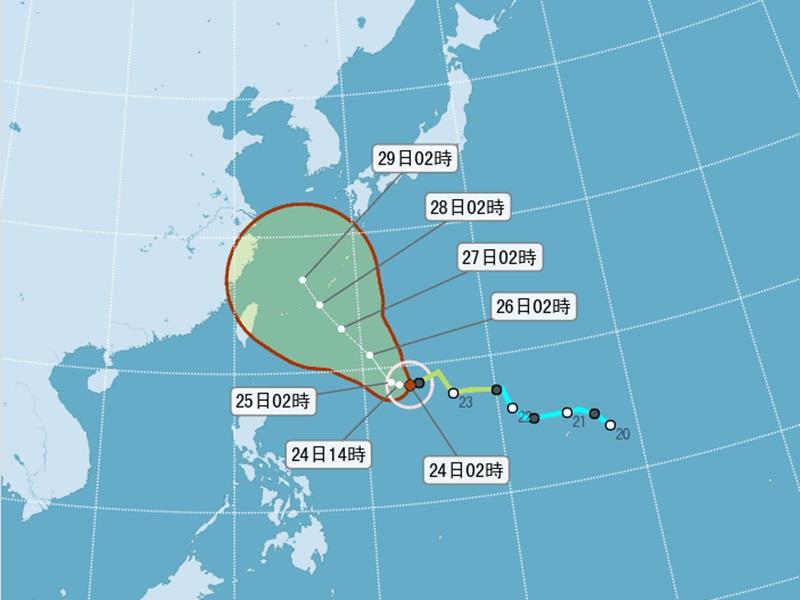 The Central Weather Bureau (CWB) informed the public of a possible typhoon approach due this Sunday through the Mid-Autumn Festival next week, reports said Thursday.

A tropical storm with the international name "Dujuan" is forecasted to enter the Taiwan area as it has turned westward towards the island as of 6 a.m. this morning.

Typhoon Dujuan is currently centered about 1,300 kilometers southeast off the coast of Hualien, and heading west-northwest at six kilometers per hour.

Winds of up to 23km/h have been observed around the center of the typhoon, with the diameter of the storm currently expanded to as far as 200 kilometers, according to the weather bureau.

The CWB said Dujuan will begin to impact the island beginning Saturday with northeastern wind and sporadic shower in eastern Taiwan.

People in northern Taiwan interested in watching the rarely seen “supermoon” phenomenon during the Mid-Autumn Festival this weekend might be disappointed, because clouds brought by Typhoon Dujuan will most likely obscure the moon, according to the weather bureau.