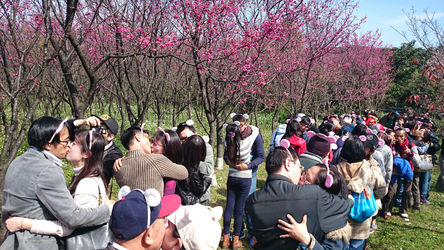 Survey: unprotected sex among youth on the rise

The Association of Obstetrics and Gynecology revealed that 16 percent of fresh college students claimed to have had sex before, as compared to 10-14 percent in 2000, reports said Wednesday.

The survey also showed that 10 percent of those polled claimed to have had unprotected sex.

As part of the effort to promote safe sex awareness during the World Contraception Day on September 26, the association conducted a nationwide poll on 731 male and 416 female students within the 18-21 age group.

The survey also showed that the majority of the island’s young populace is still unaware of the correlation between unprotected sex and sexually transmitted diseases (STDs), and more importantly, HIV.

According to Chi Mei Hospital’s Obstetrics and Gynecology Doctor Tsai Yung-chieh, roughly 50 percent of those polled have had misconceptions about contraception, such as birth control pills could lead to infertility, and as such.

“Some even thought there is a so-called ‘emergency contraceptive pill’ available on the market today,” Ong said.

A further analysis of the statistics found that the number of reported HIV/AIDS cases between the months of June and September over the past decade were about 3.94 times those recorded in other periods of the year.

The association urged people who have had unprotected sex to undergo a medical evaluation for non-occupational exposure to HIV/AIDS at seven designated hospitals in the city within 48 to 72 hours after intercourse.