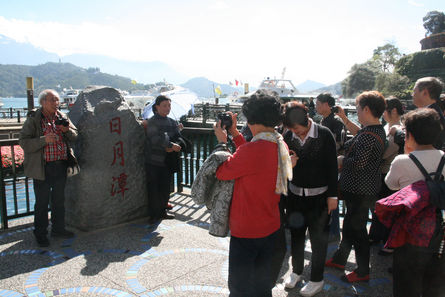 Minister of the Interior Chen Wei-zen pointed out that it would study the feasibility of issuing new electronic cards for Chinese visitors, reports said Wednesday.

Chen was responding to a question posed by Kuomintang Legislator Wu Yu-sheng during legislative hearing on a planned electronic identification (e-ID) card for Taiwanese nationals by 2018.

The e-ID will reportedly serve multiple purposes, including a driver’s license, National Health Insurance card, MRT pass, registration to vote, and even for filing taxes, according to the local media.

However, the minister said the card would not be able to fill so many roles, adding that he has already asked for suggestions from Vice Premier Simon Chang about the details of the e-ID card.

When asked if the government could also issue new electronic cards for Chinese visitors to counter Beijing’s implementation of its new e-card scheme to Taiwanese visitors earlier this week, Chen said from a technical point of view, there shouldn’t be a problem.

“Why don’t we use the same e-card scheme for Chinese visitors as they have done to us?” Wu asked.

On Monday, Premier Mao Chi-kuo expressed Taiwan's "extreme dissatisfaction" over the lack of discussions prior to China's announcement that it would begin to issue the new card.

The Taiwan Affairs Office (TAO) under China's State Council however assured Monday that all information stored in the card would be consistent with that on the passport-style document that it replaces.

From a negative point of view, experts warned that the smart chip embedded in the card would make it easy for Taiwanese tourists in China to be subjected to police surveillance.