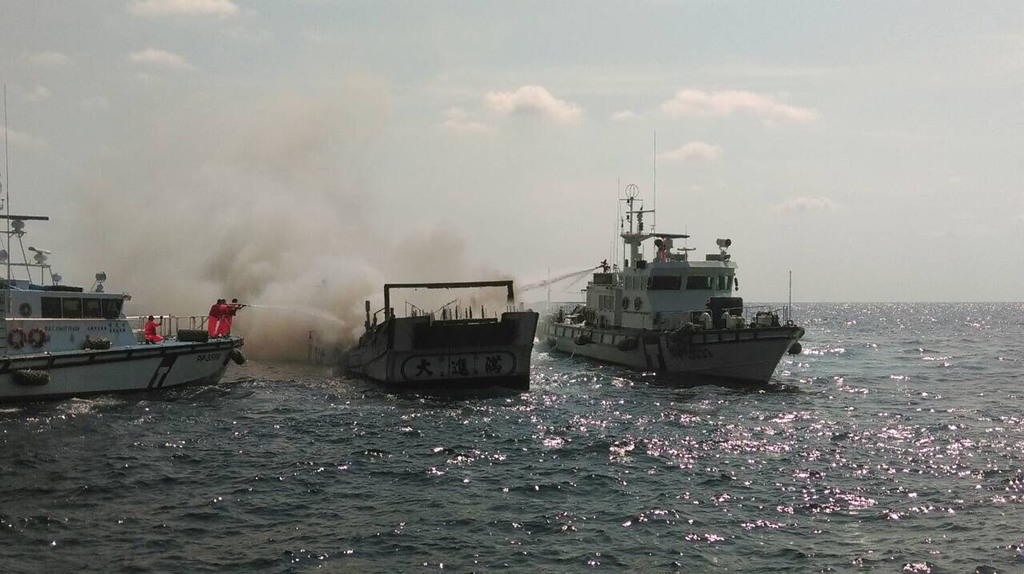 TAIPEI (Taiwan News) – Four bodies of fishermen were found off the coast of Taoyuan City Saturday believed to be the captain and crew members of the boat which capsized after a collision the day before.
The Shih Hui No.31, a 48-ton fishing trawler, collided with the 8,100-ton Asia Cement No.2 six nautical miles from the Taoyuan harbor of Chuwei early Friday morning. The Taiwanese captain of the fishing vessel, Chi Wan-der, as well as four Chinese and four Indonesian crew members were initially reported missing, while the rescue work was complicated by a tangle of nets from the ship.
The efforts turned up the first body at around 9 a.m. Saturday, which was later identified as one of the Indonesian crew members of the Keelung-registered fishing trawler. The search continued after the body was transferred to Tamshui in New Taipei City, reports said.
A second body was retrieved from the water after 2 p.m., and he was later identified as Chinese officer Wu Ming. Two more bodies were later found inside the wreck of the fishing vessel, including one identified as Captain Chi, reports said.
The Coast Guard Administration, the Navy, and a private company invited by U-Ming Marine Transport Corporation, the owner of the Asia Cement No.2, were working together to try and find the remaining people missing, reports said.
The precise cause of the collision was not clear, but was under investigation. The Asia Cement No. 2 had loaded its cargo in Hualien on the east coast and was on its way to Taichung on the west coast when the collision happened. U-Ming promised its crew would fully cooperate with the authorities. There were no reports of foul weather around the time and the location of the incident.
The Taoyuan Prosecutors Office on Saturday afternoon reportedly questioned five crew members from the Asia Cement No.2, including its captain, after a visit to the ship which was now lying under guard at the Taipei Harbor in Bali Township, New Taipei City. The two crew members who were in charge of the ship when the collision happened, were ordered freed on bail of NT$1 million and NT$500,000 respectively, reports said, while the captain and three others were released as witnesses.