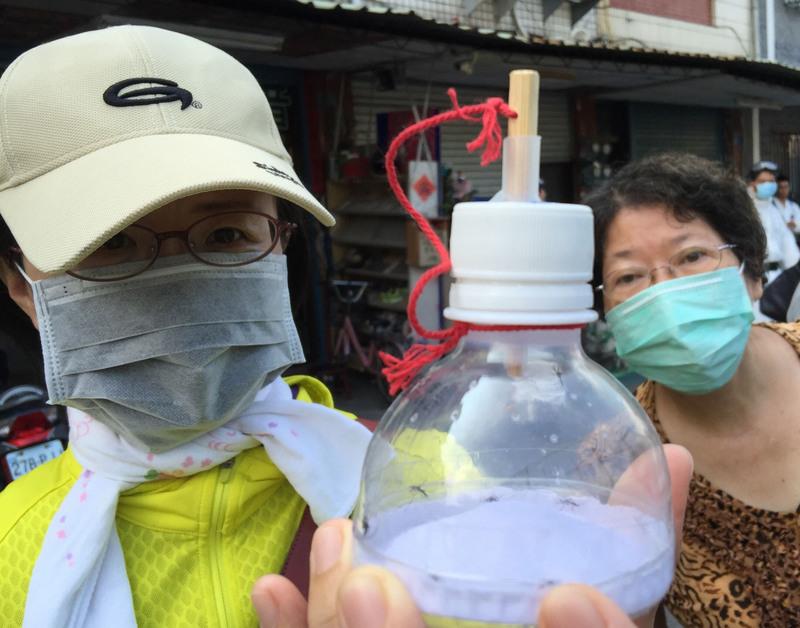 The dengue fever epidemic broke the daily record in dengue contraption nationwide this year with 622 new cases on Wednesday, according to the Centers for Disease Control’s (CDC) Central Epidemic Command Center on Thursday.

Tainan alone saw an increase of 531 new cases on Wednesday, according to the command center’s statistics.

CDC Deputy Director-General Chuang Jen-hsiang said the record rise was attributed to the new cases been recorded in Kaohsiung, as the southern port city appears to be showing signs of worsening.

As of Wednesday, the number of dengue fever cases recorded in Taiwan since the start of summer this year has surged to 11,006. Following the reported cases of 9,634 in Tainan to date, Kaohsiung had 1,135 cases, while other neighboring cities and counties had far fewer, CDC data showed.

“We are doing everything to contain the spread of dengue fever in both cities,” Chuang said.

According to the CDC, the death toll of the mosquito-borne disease has reached 25 this year, while the remaining 26 are being investigated for their connection to the disease. To date, 40 patients currently suffering from acute dengue fever are in intensive care – 34 in Tainan and 6 in Kaohsiung.

Meanwhile, the 8,499 reported dengue patients this year have since recovered and have returned home, the director-general said.