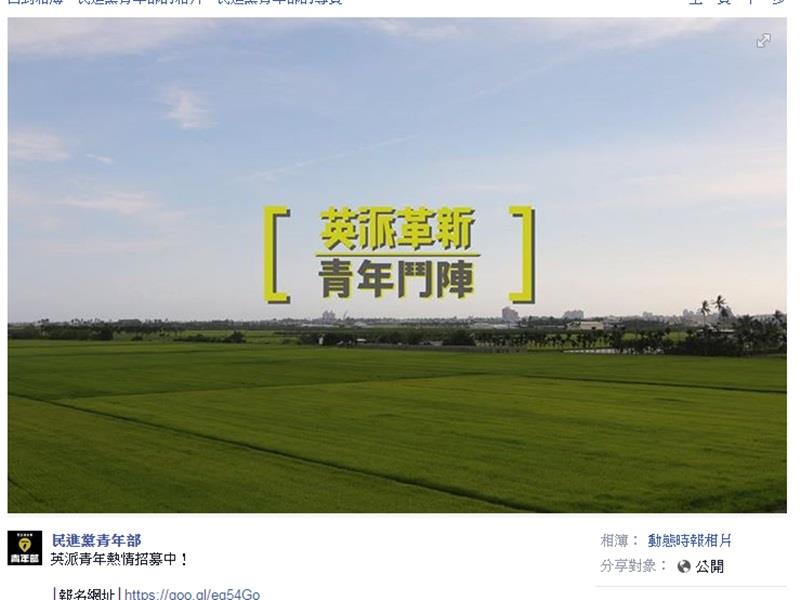 The party aims to bring young people together to discuss a wide range of political issues, including the local elections and opinions in the DPP’s policymaking process.

Furthermore, it also hopes they can help spread further political awareness to youths living in the nation’s provinces and townships, according to the DPP.

“So far more than 300 people have signed up as volunteers to our program,” he said, adding that the party is looking for more volunteers passionate about raising youth awareness in their respective towns.

“The key to launching this project is to raise public awareness, and to bring in more youths living in rural provinces to become more involved in Taiwan’s political scene, including the local elections,” Fu said.

According to the party, political participation does not necessarily mean running in elections, because all forms of activities that improve people’s livelihood and civil society are just as important.

The DPP will provide volunteers with ample training and consultation in campaign strategy and agenda-setting, Fu said.

The party also aims to send these young volunteers to help out with various activities in rural townships, including local election campaigns.

“The youth volunteers would have to pledge that they will ensure transparency in all their community works and promote grassroots democracy,” Fu concluded.