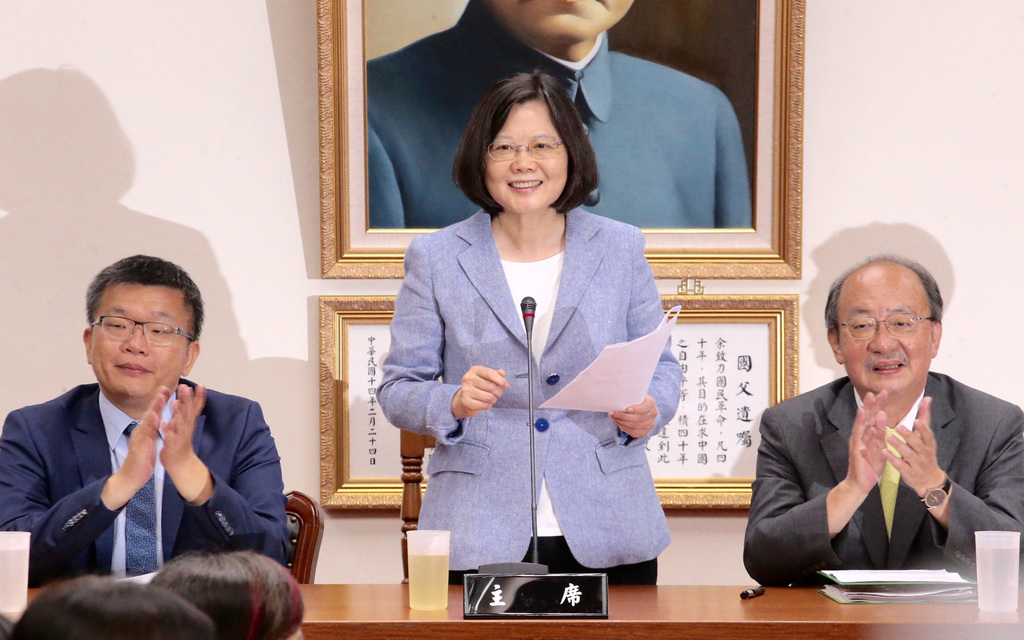 TAIPEI (Taiwan News) – Democratic Progressive Party Chairwoman Tsai Ing-wen on Tuesday promised a first step toward autonomy and a government apology to indigenous peoples if she wins the presidential election.
At the presentation of two DPP candidates for legislative seats representing the indigenous population, she said that she would offer the apology and that during her first term, she would help the cause of autonomy take a huge first step forward.
The practice of autonomous rule would include own finances, land rights and an organization structure, the opposition leader said. Taiwan needed to share responsibility for the many sacrifices the indigenous population bore over the centuries they lived on the island as its original inhabitants, according to Tsai.
Past governments had too often neglected the problems of the indigenous Taiwanese who had left their homes to work and live in the cities, Tsai said, adding that education should be adapted to the needs of the students from the ethnic groups. Young indigenous people living in the cities should be given extra assistance if they wanted to return home to set up a business, she added.
Tsai also mentioned the achievements of past DPP governments, such as the approval of five new ethnic groups and the passage of indigenous work rights. Indigenous candidates mentioned the demands that their people should receive extra days off from work so they could attend important festivals in their home town, while it should become easier to book tickets on the rapid train services along the East Coast, where many indigenous people live.