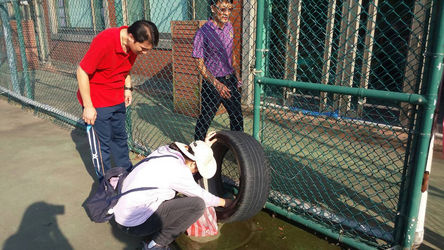 The city’s Department of Health confirmed a new dengue fever case in Taipei after test results from a patient revealed to be positive, bringing the total up to 12, reports said Monday.

The 35-year-old male from the city’s Zhongzhen District had apparently visited Tainan between September 6 and 9, but was later admitted to a hospital after returning from the southern Taiwanese city on Friday due to fever, according to the health department.

Laboratory tests showed that the patient is suffering from an indigenous dengue virus known to be widely affecting residents in Tainan.

As on Sunday, the number of dengue fever cases in Tainan has risen to 8,429, an increase of 407 from the day prior, thus bringing the total of patients to 9,566 island-wide since the beginning of May.

So far Taipei has been among the least affected by the disease; however the city government warned residents to keep their living quarters clean and remove stagnant water to prevent mosquitoes from breeding.