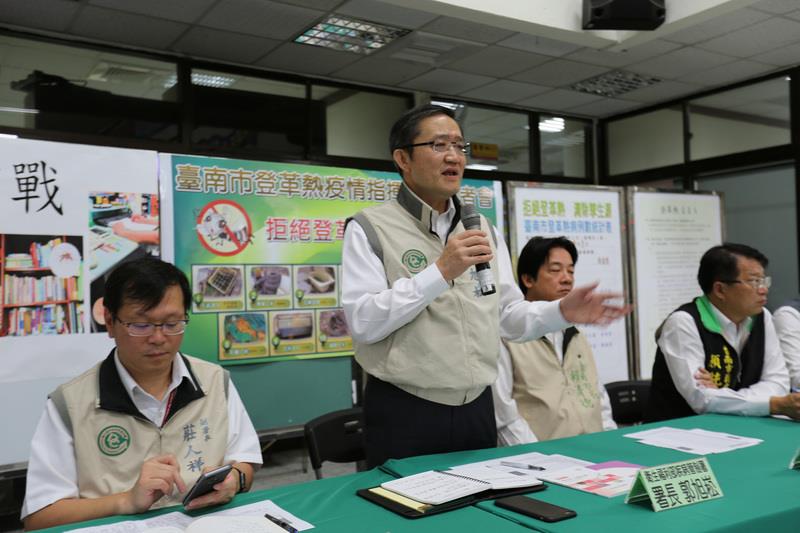 As residents in southern Taiwan continue to be enveloped by the mosquito-borne disease, Kuo also asked the Central government to allow the existing inventory of mosquito repellents be concentrated in areas hardest hit by the outbreak.

The director-general commented on behalf of Premier Mao Chi-kuo that he hopes the fight against dengue will not pose a huge burden on affected local governments.

“That is why I’ve been assigned by the Premier to oversee the initiatives carried out against the dengue fever epidemic in southern Taiwan,” Kuo said.

The spread of dengue fever in southern Taiwan is not showing any signs of relenting. As of Wednesday, the number of cases nationwide since May 1 had risen to 7,453, with Tainan accounting for 6,576 cases; an increase of 507 cases from the previous day.

The latest figures from the CDC showed that suspected deaths resulting from dengue had increased to 36, with 18 confirmed in Tainan. On Thursday, the CDC said four cases have been ruled out to be the cause of dengue, while the remaining 14 is still undergoing investigation.