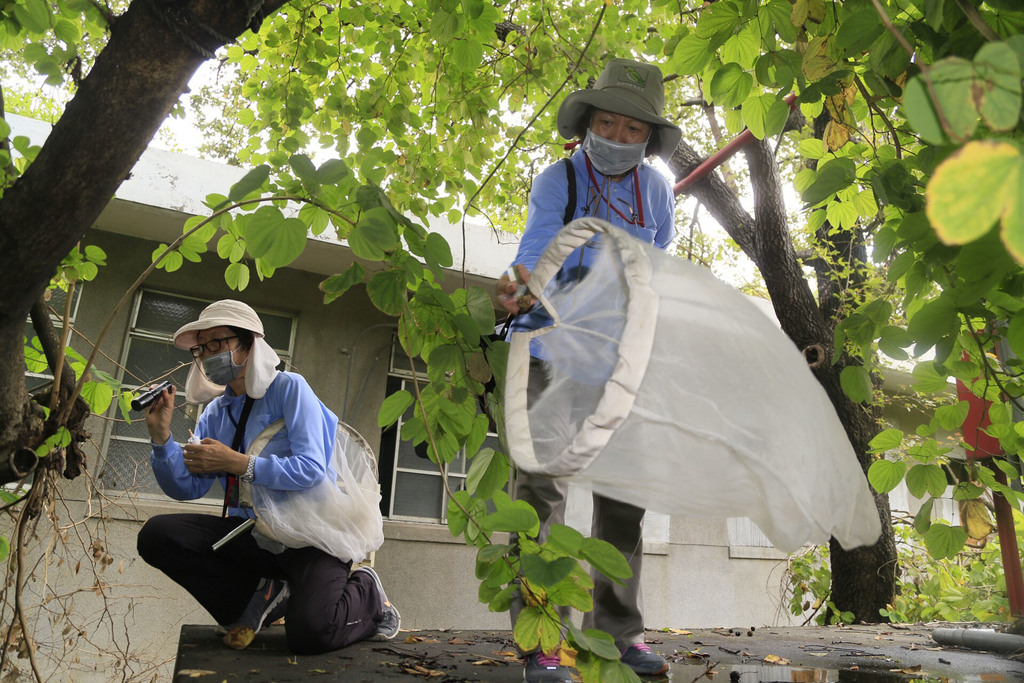 TAIPEI (Taiwan News) – The outbreak of dengue fever has been brought under control except for the areas most heavily affected, Tainan City and Kaohsiung City, the Centers for Disease Control said Tuesday.
Speaking in Tainan, CDC Director-General Steve Kuo said it was wrong to say that a region had fallen for the disease if only one case was reported. Concern was only necessary if there was a second wave or a third wave of outbreaks, he said.
A total of 19 cities and counties had reported cases, but most of those were under control, and even in Kaohsiung the number had been falling, according to Kuo.
The official denied that his stay in Tainan amounted to an effort by the central government to take over a campaign against dengue fever which had been ineffectively waged by a local government. The two were fighting side by side against a common enemy, Kuo said. As the person in charge of the central government effort, it made more sense for him to be close to the action in Tainan and to help out with the upgrading of the local campaign, he said.
Kuo rejected the need for a national-level emergency center to fight the disease. More than 15,000 cases had been reported in Kaohsiung last year, but the situation had been brought under control without a central emergency center because the central government and the Kaohsiung City Government worked according to a perfect understanding, he said. The decision to set up such a center did not lie with him, but with the premier, Kuo added.
According to the latest CDC statistics, the total number of dengue fever cases had reached 6,312, with 2,626 of those recorded during the week from September 1 to September 7. A total of 41 patients were still in intensive care, including 37 in Tainan, three in Kaohsiung and one in Pingtung County.
The number of deaths attributed to dengue fever might reach 31, though 19 of those still had to be confirmed, media reports said.