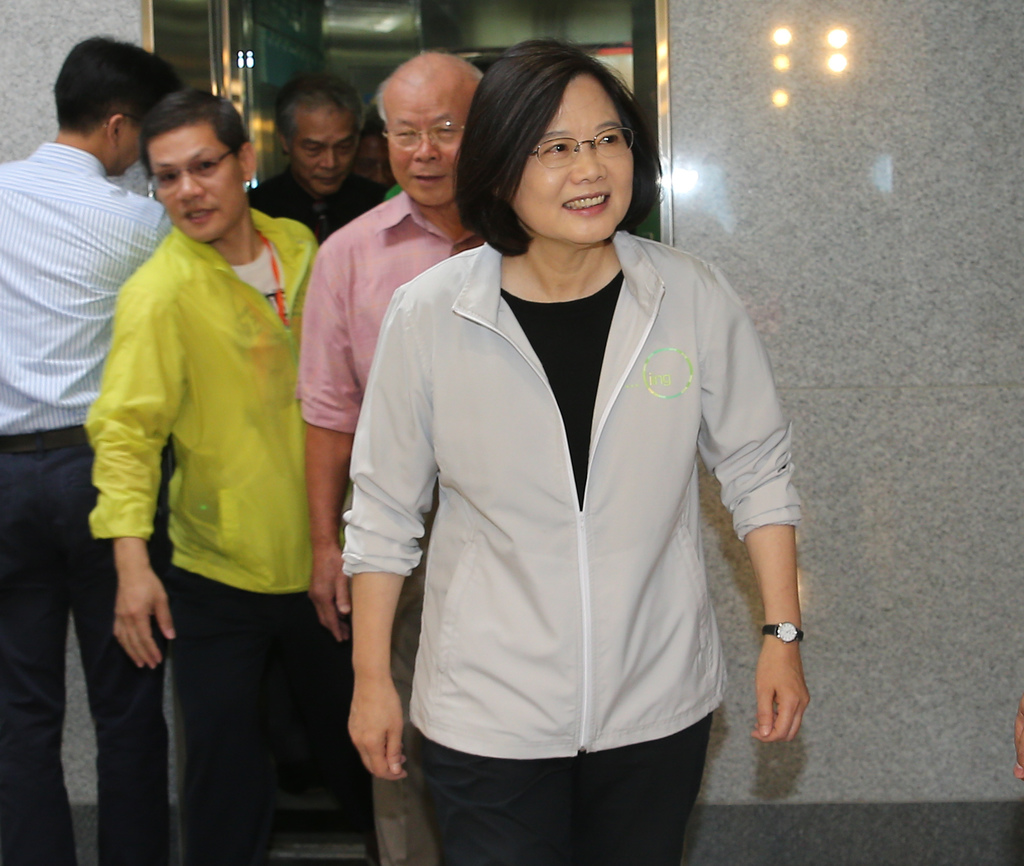 TAIPEI (Taiwan News) – In a break with recent custom, Democratic Progressive Party Chairwoman Tsai Ing-wen might attend the Double Ten National Day celebrations on October 10, reports said Tuesday.
The opposition leader boycotted such events over the previous years as relations between President Ma Ying-jeou’s government and the DPP sank to new lows. This year, the final of Ma’s eight National Day events, would be the first to have the DPP leader present.
Tsai said Tuesday she had received an invitation for this year’s event from the organizing committee, which is chaired by Legislative Speaker Wang Jin-pyng. She had checked her itinerary for the month of October and had come to the conclusion that she might rearrange some of her schedule, she told reporters.
“Our aim is still to have an opportunity to go and participate in this year’s national celebrations,” Tsai was quoted as saying.
In a speech on Monday, Tsai called for reconciliation and harmony, emphasizing democratic values of tolerance and understanding. Some observers have interpreted her support for the status quo in Taiwan’s national status and her willingness to attend Double Ten as reflections of her new moderate line in the run-up to the January 16 presidential election.
The Presidential Office welcomed the news of Tsai’s potential attendance. Spokesman Charles Chen wished everyone luck who was willing to take part in the activity which “acknowledged and loved the Republic of China,” he said.
The news of Tsai’s likely participation made it more likely that Ma, Tsai, and Kuomintang presidential candidate Hung Hsiu-chu would appear on the same podium together next October 10, reports said.
A spokeswoman for Hung said there was no doubt that the KMT candidate would attend, but she accused Tsai of being doubtful over her past statements that the ROC government was a government-in-exile.
Wang said that the committee invited every leader of any party that had seats at the Legislative Yuan. Whether or not they accepted the invitation was up to the party leaders themselves, and their decision would be respected, the legislative speaker said.