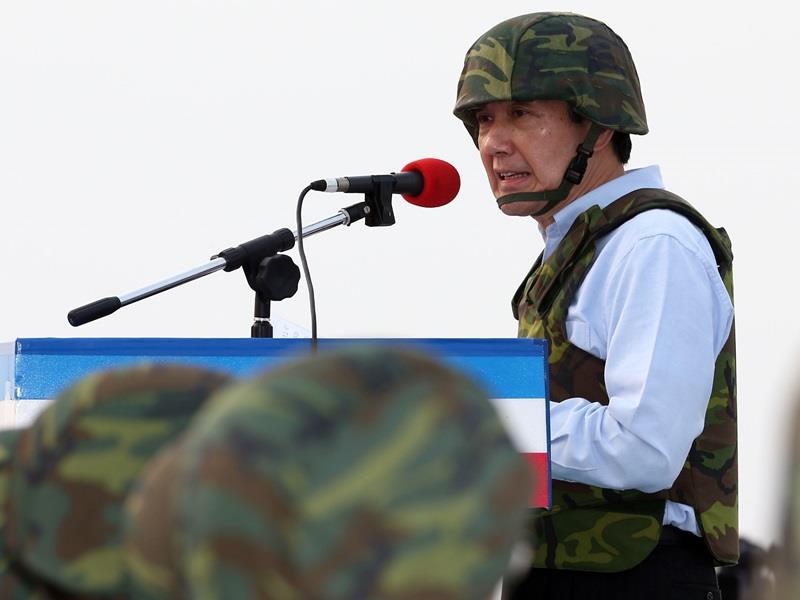 The Han Kuang 31 military exercise began in the wee hours Monday morning as President Ma Ying-jeou presided over its opening at an army base in Hsinchu.

The annual war games will be carried out through Friday in multiple locations around Taiwan, according to the Ministry of National Defense.

The Coast Guard Administration’s June-launched 3,000-ton cutters, CG-128 Yilan and CG-129 Kaohsiung, will also be put through their paces during the exercises.

Live-fire drills are being staged at military bases in Hsinchu and Pingtung counties in northern and southern Taiwan, including amphibious beach assaults carried out by the Republic of China Marine Corps.

The nation’s Air Force will also deploy its fleet of C130 Hercules carrying hundreds of paratroopers from Taichung in a simulated attack on enemy ground troops.

The annual war games encompass the army, navy and air force to test their joint operations in the event of war, the ministry said.

For the first time, this year’s war games will include the participation of home-made Unmanned Aerial Vehicles (UAVs) developed by the Chungshan Institute of Science and Technology (CSIST).