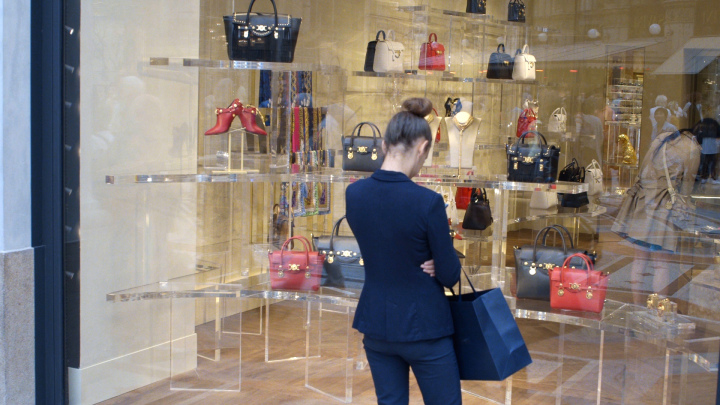 The price of Fast Fashion: The True Cost

In an image and youth obsessed world, fashion is what everyone craves. It helps people to project a certain type of imagination to the world. Fashion is an essential part of our lives; therefore, nobody protested when cheaper and stylish “fast fashion” was born. In Taiwan, people went crazy over the opening of H&M and Forever 21. Many girls lined up for 4 hours on the opening day of the stores and they glowed with pride when they left with their “prizes”. However, when they were informed of the real cost behind their fabulous and cheap clothing, they were shocked. “But that’s the pay and job is better than any alternatives right? At least they aren’t jobless,” said one of my friends. “The True Cost”, a documentary that challenges the chic and trendy image of the fast fashion industry, reveals the reality behind this trillion-dollar industry. The film covers numerous dilemmas created by the fashion industry, the most labor dependent industry in the world. Fashion, a $2.5 trillion sector, is the second most polluting industry on Earth, just behind oil. During the interview with Vogue USA, executive producer Livia Firth told the reporter what inspired her to take on the issue, “We are sold this myth that to buy a dress for under $10 is democratic—but it’s democratic for who? We discard faster and faster, and that is how the consumer becomes poorer and poorer. Two of the 10 richest men in the world are the owners of Zara and H&M. I think it says a lot about how they make their money.” The revolution of Fast Fashion Fast Fashion multinational corporations (MNCs) such as Uniqlo, Gap, Forever 21 and H&M swept across the globe in recent years. They have changed the fashion industry. The seasons of fashion industry went from 2 seasons per year to 52 seasons per year. Zara, for example, only takes 2 to 3 weeks to move a piece of clothing from the designer’s sketch book to the store. They can make 18,000 clothes every minute and ship their items to their branches across the world within 48 hours. The world is impressed by their efficiency and marketing skills. However, at the same time, there are many girls working 18 hours per day in countries like Bangladesh and Cambodia to support the global demand. These girls are only paid 2 dollars per day, which is less than the clothes they are making. The garment factories in Southeast Asian countries complained that they have to do their best to lower their cost in to compete for orders from the multinational corporation brands. However, if they cannot obey their requests, the MNCs will threaten to find another supplier. The result of this ferocious cost reduction competition is cutting corners. The garment factories use various techniques to reduce their cost, hence create hazardous working conditions, lack of basic human rights, anti-union practices and pittance wages. Essentially, the risks of the fast fashion supply chain are carried by the most vulnerable and worst-paid people. If the workers fight for better labor standards or wages, they would be locked up and beaten. Exploitation of nature and lives Labor issues in the fast fashion industry are just the tip of an iceberg. The welfare of fashion designers, the political effects of exploiting worker’s rights, the economic effects of rampant consumerism, the long-term health effects of pesticide use and the environmental consequences contribute to the grotesque truth of the industry. Imagine, many years ago, perhaps when your grandparents were still children, they would wear their shoes until their toes outgrown them. They bought clothes on special occasions and many dresses were custom-made. They wore every single piece of clothing they owned. Nowadays, people buy more than they can wear because it is cheap. Eighty million pieces of clothing are sold each year. Yet, only 20 percent of the clothes in the average person’s closet are worn on a regular basis, said the chief design officer for California Closets in the interview with The Wall Street Journal. What do people do with clothes they don’t wear? According to the US Environmental Protection Agency (EPA) almost 13.1 million tons of textiles are thrown away every year. Only 15% of which (roughly 2 million tons) are recovered for reuse or recycling. The True Cost challenges the illusions we have built and unveils the veracity we have neglected for our convenience. “The film isn’t meant to bum you out or make you feel guilty about what you wear,” director Andrew Morgan told us. “It’s supposed to pose the simple idea: There are human beings who make what we wear.” In the end, we always have a choice.