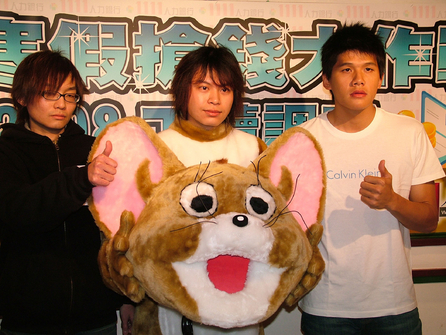 Over 53% students unhappy with part-time pay

Over 53 percent of college students in Taiwan said they are unsatisfied with the monthly pay on part-time jobs, a poll released by the online yes123 Job Bank showed Monday.

The job bank said 93.2 percent of the 1,239 college students in the survey have worked on a part-time job in order to pay for their tuition or living expenses.

Around 55 percent of those polled said they used to earn a monthly pay between NT$10,000 to NT$20,000, whereas the average monthly wage for part-time work currently stands at NT$17,136.

Most of the students — 46.7 percent — worked as part-time during the school semester to earn pocket money, while 43 percent of them used the money earned to pay for their tuition, the poll found.

However, 39.4 percent of those surveyed said they did part-time to pay for personal loans, whereas 38.8 percent went for the experience, 37 percent to save money, and 18.2 percent for household expenses.

Yes123 Deputy Director of Public Relations Yang Tsung-pin said an increasing number of college students are seeking part-time work to take financial burden off their families, as the threshold for low-income parents have widened significantly in recent years.

The recent poll collected 1,239 valid samples from college students (freshmen and college graduates) via questionnaire between August 17 and August 27. The poll has 95 percent confidence level, with a margin of error within 2.78 percentage points.