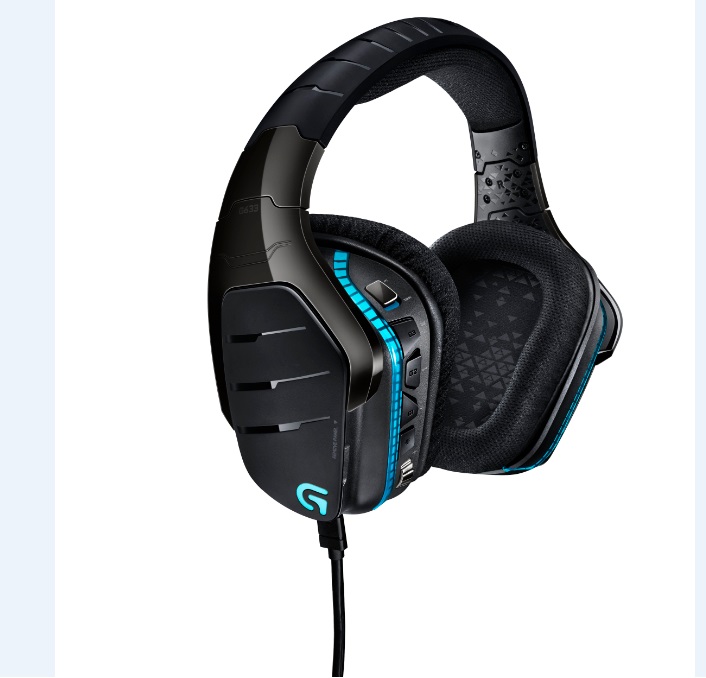 The 2.4GHz wireless G933 ‘Artemis Spectrum’ shares its name with the also-new G633, which drops the wireless connectivity for a pair of wired options: both USB and 3.5mm are supported.

That choice of connectivity options is representative of Logitech’s approach with the Artemis Spectrum, which it’s been working on for the past two years. Logitech engineered a new audio driver, revamped its ear cushions and material design.

The Artemis Spectrum works on PC via USB (which supports 7.1 through Logitech’s driver software) and analog, and also works in analog stereo on mobile devices and consoles. The G933’s USB wireless receiver can accept analog inputs from up to two different devices, meaning you could have TV, phone, and PC audio all pumping into your headset simultaneously. It supports Dolby 7.1 and DTS’s new Headphone:X surround technology, which is easily the best virtual surround sound I’ve ever tested.

The headset also features RGB lighting, controllable via Logitech’s software, a number of programmable keys on the headset, and a foldaway boom microphone.