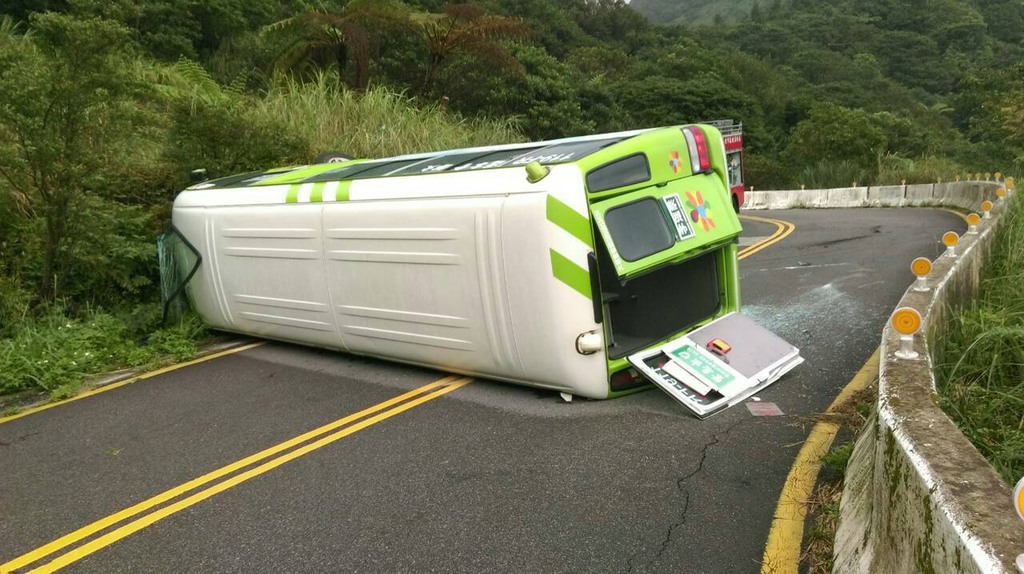 TAIPEI (Taiwan News) – At least 24 passengers were injured when a regular bus overturned in the mountainous Yangmingshan area of Taipei City, reports said Saturday.
The cause of the accident was not immediately known, but the driver reportedly said the brakes had not worked properly.
The regular No.108 park area bus overturned near the popular tourist destination of the Lengshuikeng springs, literally “Cold Water Pit,” after 2 p.m. Saturday, reports said. Media footage showed a green bus lying on its side across the road with its rear doors open.
The vehicle had been carrying up to 33 passengers, with 24 reported injured and transferred to six hospitals in the area, reports said. A majority of the injured came from overseas, with citizens of Malaysia, Singapore, the Philippines, China, Hong Kong, Macau and the United States, reports said. None of the injuries were life threatening, according to doctors.
Initial reports had indicated that the bus might have driven into a ravine, but the pictures contradicted the reports. There was also no evidence of rain having played any part in the accident.
The bus company which operates the route said the vehicle had been bought only two years ago and was in a perfect state. The company reportedly paid NT$2,000 (US$61) to each injured passenger and said it would shoulder the necessary responsibility.
Later media reports speculated that the driver had taken a bend in the road too rapidly.
Police also found that the maximum number of people allowed on the bus, 32, had been exceeded, possibly exposing the bus company to fines.