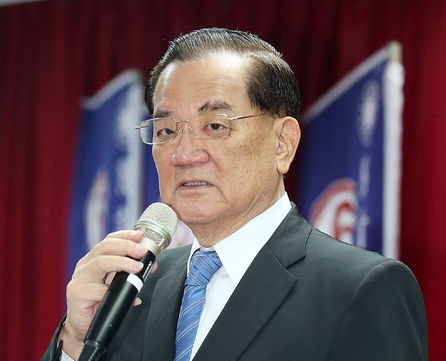 TAIPEI (Taiwan News) – President Ma Ying-jeou added his voice Saturday to the chorus of critics of former Vice President Lien Chan, saying he should not be going to China to watch its September 3 World War II victory parade.
After Lien, who has visited China several times, announced he would be attending the event marking the 70th anniversary of the victory over Japan, several government and political leaders criticized his decision. Government departments and Kuomintang Vice Chairman Hau Lung-bin said no Taiwanese leaders should be present because Beijing presented the victory as solely a communist achievement, neglecting the KMT’s participation in the war.
As the president visited the Taipei City Council Saturday, reporters as usual tried to question him about current news. In contrast to usual practice, Ma actually stopped to answer a question about Lien’s latest China plans.
“Over the past week, the Mainland Affairs Council and the spokesman of the Presidential Office have clearly said that it is not suitable to participate, and this is the stance of our government of the Republic of China,” Ma was quoted as saying.
Separately, Vice President Wu Den-yih said that historical fact could not be altered or covered up by anyone. If Lien was invited to attend the parade, Wu said he hoped his predecessor could clearly mention the fact that it was the KMT government which led the eight-year war of resistance against Japan to end with a final victory. The people of Taiwan and of the Republic of China were looking forward to Lien doing so, Wu said.
As part of his trip, Lien was also planning to meet China’s president and party leader Xi Jinping on September 1. Since his ice-breaking trip to China as KMT chairman in 2005, Lien visited the communist country several times, during which he met with consecutive party leaders and presidents Hu Jintao and Xi.
The KMT was choosing its new Central Standing Committee at the Taipei City Council building Saturday. Lien also cast a ballot but did not speak to reporters.