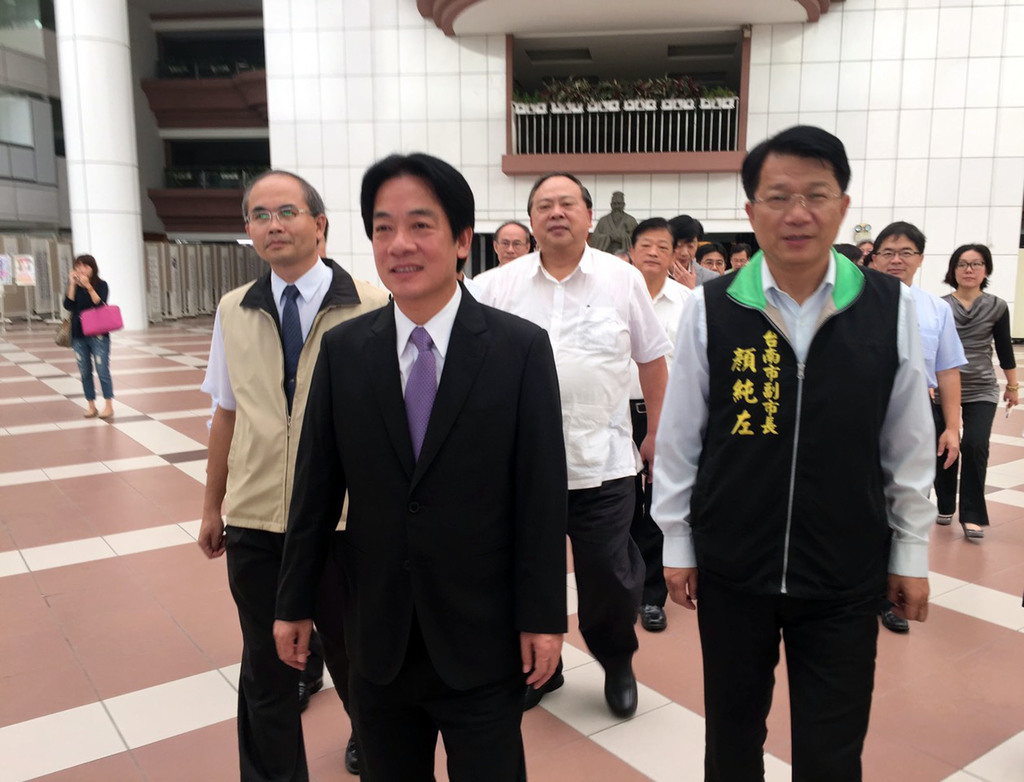 TAIPEI (Taiwan News) – Tainan City Mayor William Lai ended his boycott of the Tainan City Council of almost nine months Friday by presenting his government report to the body.
Lai, a prominent member of the Democratic Progressive Party, was impeached by the Control Yuan on August 4 after having stayed away from the council since January out of protest against vote-buying allegations centering on council speaker Lee Chuan-chiao of the Kuomintang.
At a news conference announcing his decision to return to the council after 234 days, Lai said that “reforms had achieved temporary results,” so he could present his government team’s program to the council.
However, as the session started, only councilors from the DPP were present, reportedly because the others had not been informed of Lai’s decision to end his boycott.
When the new Tainan City Council was sworn in last December 25, Lee was unexpectedly elected speaker even though the DPP controlled a majority of seats. The surprise immediately triggered allegations of vote-buying and corruption.
Lee was later investigated for vote-buying both in the November 29 council election and the December 25 speaker election.
The mayor launched his boycott as a campaign to reform political mores and to take a stance against corruption. However, critics charged he was flouting the Constitution by refusing to face questions from the democratically elected council.
The Control Yuan voted seven to two to heed a request from some councilors and impeach Lai. The decision is to be followed by a review by a special committee, which might remove the mayor from office. Lai has been mentioned as a potential vice-presidential candidate for the January 16 election and as an eventual presidential candidate.