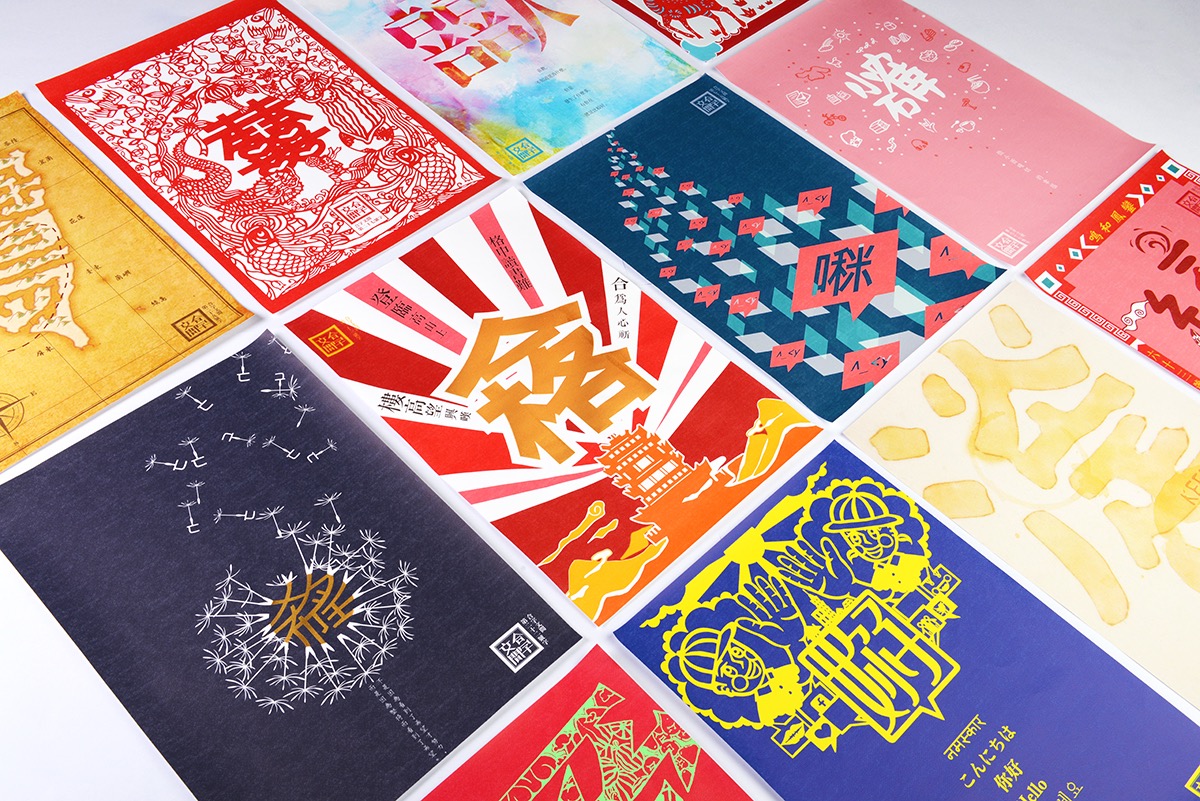 A panel of finalist judges–all design industry experts in Taiwan–have selected a total of 45 finalists from China and Taiwan for the inaugural Golden Pin Concept Design Award 2015. The innovative entries address aspects of contemporary huaren life, including environmental pollution, reviving traditional practices, and transforming familiar Chinese forms. Each finalist is in the running to receive one of 13 cash prizes, worth a total of NT$1 million (approx. US$33,000). 2,384 entries were submitted by 17 areas and countries at the close of the call for entries in late July 2015. The strongest representation came from, perhaps unsurprisingly, areas and countries with significant huaren (Chinese-speaking) populations: China and Taiwan, followed by Hong Kong, Macau, Malaysia, and Singapore. Other countries that submitted entries this year include, regionally: India, Indonesia, Laos, South Korea, and Vietnam; and internationally: Bulgaria, Italy, Poland, Russia, the UK, and the USA. Participants in the Golden Pin Concept Design Award in 2015 were asked to submit design works in four categories–Product Design, Packaging Design, Spatial Design, and Visual Communication Design–that were inspired by or interpreted through philosophies and ideologies from the huaren world, as well as the Chinese concept of zhong guan (中觀). Two Golden Pin Concept Design Award entrants have already excelled in this early stage of the award: the finalist jury selected not one but two products each by Jia-Jin Lin, Assistant Professor, Department of Creative Product Design, Southern Taiwan University of Science & Technology (STUST), and Ned Chen from WEYES Design. Jia-Jin Lin’s Link Hanger reinterprets traditional Taiwanese wooden window frames to create a multi-functional, interlocking clothes hanger, while his Clever Cut cutting board allows the user to slice and dice all sizes of round-shaped fruit with ease. Ned Chen’s LC Ancient Font translates an ancient Chinese character system into a modern LCD font in Chinese and English, while his Poster Design for TAKU Ironware is an experiment in transforming metal and elements from Chinese culture into a new huaren graphic design language. Other finalist entries include Co-word from Ming Chuan University, in which a variety of colloquial Taiwanese terms that typically consist of more than one character are reconfigured into a new, single character form. In Yan Shi Cai Yao, also from STUST, Traditional Chinese Medicine is repackaged as easy-to-consume medicinal tea blends that address common ailments faced by modern city-dwellers. Fish Play Lotus from Shenzhen Rapoo Technology Co. Limited is a toy designed to entertain pet goldfish. The disk, which resembles a lotus leaf floating on the surface of a koi pond, dispenses fish food when nudged from beneath. A Shining White Orb of the Full Moon from China Central Academy of Fine Arts is a hotel design concept based around the image of the full moon as expressed in a famous poem by Chinese “Golden Age” poet, Li Bai. All 45 finalist companies and designers were invited to participate in a Stars of Design Exchange Meeting, which was held yesterday, Wednesday, August 26, in Taipei, Taiwan. Award finalists introduced their entries in a ten minute presentation, either in person or via video call, to a panel of design industry Mentors. Finalists are now given the opportunity to revise and resubmit their works based on the feedback they received. When asked why there were no entries from outside the Greater China region among the 2015 finalists, Will Lee, Creative Director of Afterain Design Studio and a Stars of Design Mentor, said, “While the award received many high quality, innovative designs from international designers, the designs didn’t fit with the spirit of the award, zhong guan (中觀). This concept is already difficult for huaren people to grasp. For people from outside the huaren group, it’s likely even harder.” Other Stars of Design Mentors included Lee Jui-Teng, Professor, Department of Chinese Literature, National Central University; Roger Lin, Vice President, Nova Design; Tomic Wu, Director, Lianyun Underground; and Martin Yang, Creative Director and President, HWAT’S Graphic Design Co. Ltd. To see the complete list of finalists, please visit the official Golden Pin website: http://goo.gl/Q4tO00. About the Golden Pin Concept Design Award: The Golden Pin Concept Design Award 2015, the third edition to a group of awards run by the Taiwan Design Center under the Golden Pin banner, is open to international participants in any design discipline and there is no entry fee. Entries of concept design by individuals, groups, and companies are accepted, and entrants are strongly encouraged to consider one or more philosophies, ideologies, principles, or areas of thought attributable to huaren culture or lifestyles in their submitted concepts. Winners receive one of 13 cash prizes awarded at a ceremony in Taipei, Taiwan in December: three Best Design of the Year Awards, each worth NT$300,000 (approx. US$9,800); and ten Golden Pin Concept Design Awards, each worth NT$10,000 (approx. US$330). The Golden Pin Concept Design Award is executed by the Taiwan Design Center and organised by the Industrial Development Bureau, Ministry of Economic Affairs. The Ministry of Economic Affairs acts in an advisory capacity, and the award is sponsored by Canmeg AVEDA.