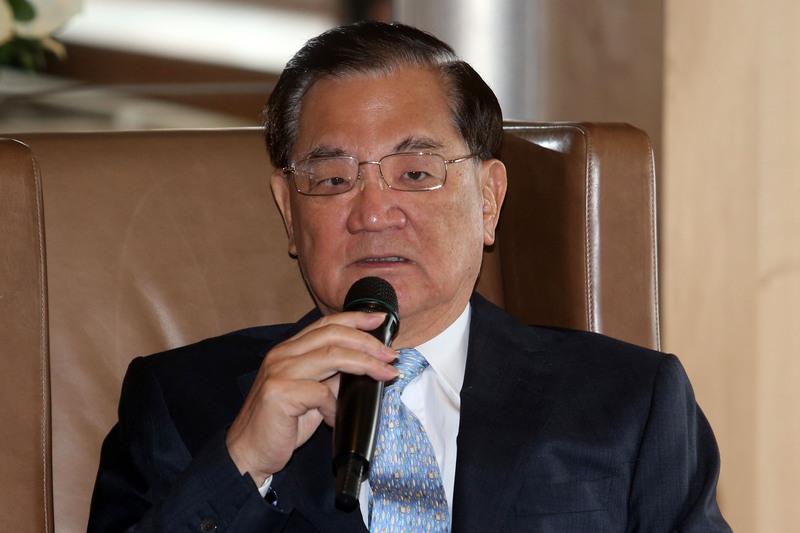 Former vice-president and Kuomintang honorary chairman Lien Chan is set to embark on a trip to Beijing to attend the People’s Liberation Army (PLA) military parade in commemoration of the 70th anniversary of Japan’s surrender during the Second World War, reports said Thursday.

According to then-KMT deputy secretary-general Chung Rong-kung, Lien is also expected to meet with Chinese President Xi Jinping, where both parties will discuss cross-strait issues as well as topics on the historic WWII celebration.

Such cooperation could be made possible through gradual deepening of cross-strait political, economic, cultural and social exchanges, Lien said.

When asked about the honorary chairman’s upcoming Beijing trip, a spokesperson for the Presidential Office refused to comment at this point of time, however adding that it respects Lien’s decision to hold the Lien-Xi meeting.

In February 2014, Lien led 80 business leaders and civil group representatives, including former Taiwan Solidarity Union Chairman Shu Chin-chiang, to Beijing to meet with Zhang Zhijun. During the trip, the honorary chairman also met Xi, where Lien sparked a huge controversy in Taiwan after saying that the KMT and CPC should make cross-strait relations to progress under the One-China Framework

According to Chung, Lien is expected to carry out his visit to Beijing next week.