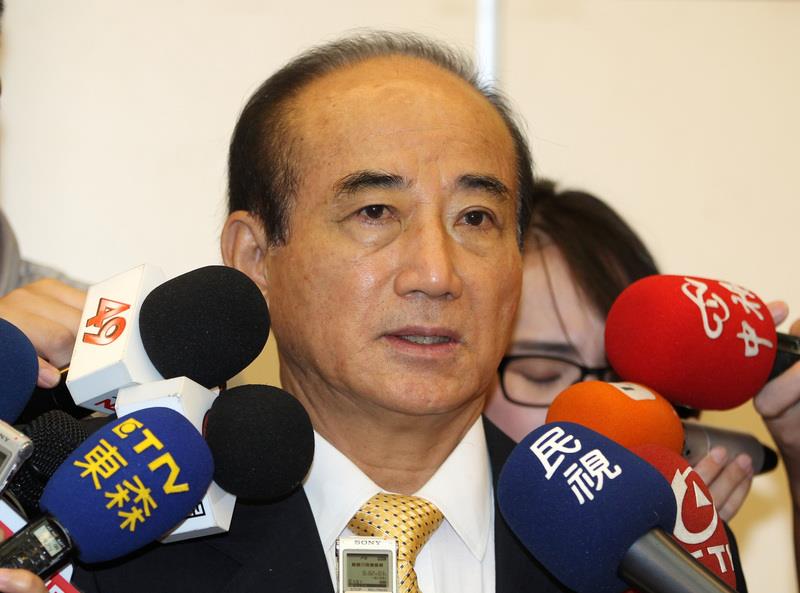 The Legislative Yuan may come out of summer recess before September as Legislative Speaker Wang Jin-pyng announced the proposal for an early session this week to discuss plans to inject confidence in the local stock market, reports said Monday.

The Taiwan Stock Exchange posted a record plunge of 583.5 points following the Wall Street tumble amid fears of a worsening world economy and steep falls in the global market.

The Monday stock session was the largest single-day plunge since June 1, when the Financial Supervisory Commission eased the daily maximum ceiling and decline from 7 percent to 10 percent.

Wang said he does not rule out the possibility for an early session if members from the Kuomintang and Democratic Progressive Party could come into an agreement for an earlier opening.

The legislative speaker also hoped the Yuan could act as a platform where ideas and proposals from both sides could be shared and put into immediate effect in a bid to help boost investment confidence, reports said.

DPP Legislator Tsai Chi-chang however is skeptical that an early session would have an impact on the stock exchange.

“The stock market will not rebound simply because we chose to hold an early session,” he exclaimed.

The Legislative Yuan has been in recess since May, and was scheduled to open its session on September 15, according to reports.