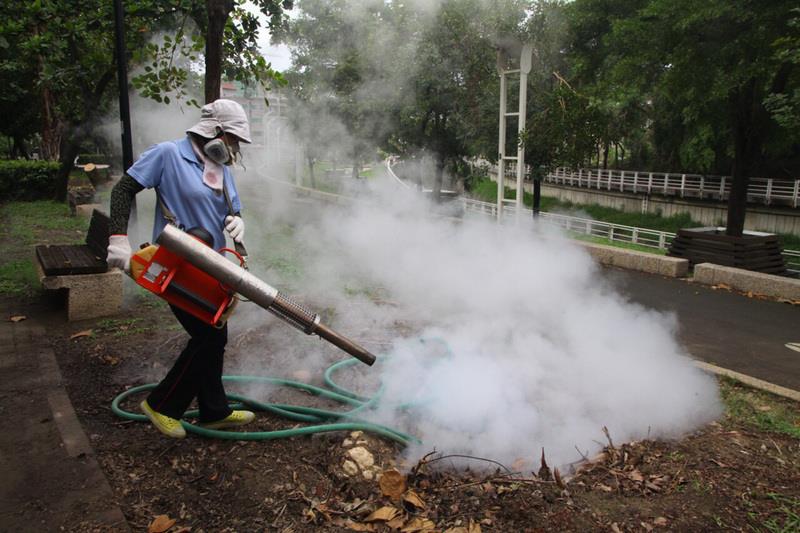 A dengue fever cluster was reported in the areas surrounding Kaohsiung’s Jinshi Lake Scenic Park after 35 cases of the disease were confirmed in the span of 20 days by local health authorities, reports said Monday.

The park has been sealed off to the general public for a week starting Monday as members of the local health bureau and the environmental agency, including the military’s chemical decontamination force are being deployed to spray insecticide over the area to eliminate mosquitoes.

Six teams composing of 18 personnel began the day by disinfecting every nook and cranny in nearby communities surrounding the Wenzao Ursuline University of Languages and the scenic park.

According to the Kaohsiung City Bureau of Health, they will apply both aerosol and liquefied insecticides simultaneously to eradicate mosquito larvae in pools and places where stagnant water can be found.

The fact that the hot and humid weather has been favorable for mosquito breeding has added an extra burden to disease control efforts, the bureau said.

Kaohsiung has the country's highest density of Aedes aegypti, or yellow fever mosquito — the principal vector of dengue.

As a result, the city government will step up efforts to both spray pesticide and help residents remove stagnant water to prevent the further spread of the disease.

Residents who are caught laying their trash around or stacking unwanted personal items and furniture on public streets will be fined by the Environmental Protection Agency.