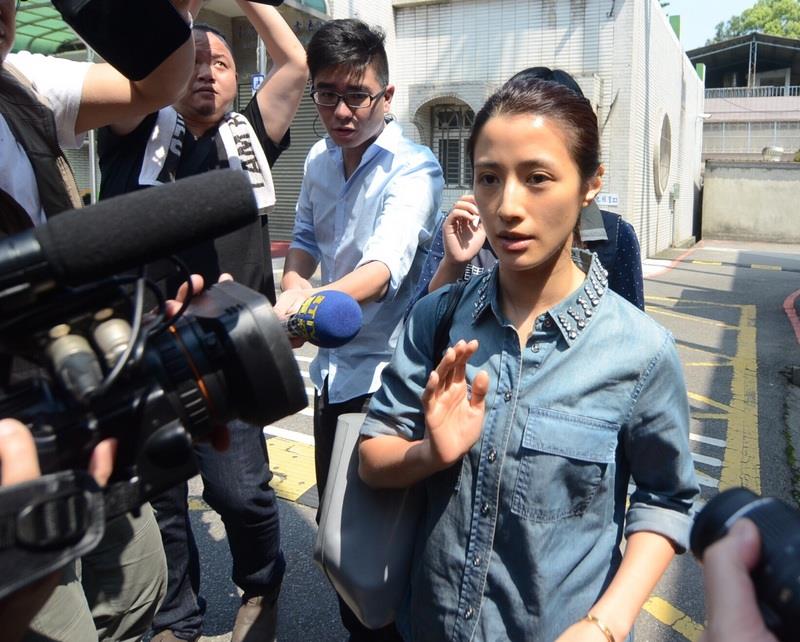 No charges in Apache case

TAIPEI (Taiwan News) – No charges were brought against 15 suspects in the Apache case, including entertainer Janet Lee, as Taoyuan District prosecutors rounded up their investigation Friday.
The case came to light after Lee posted pictures of herself in front of and inside an Apache helicopter at a military base on her Facebook page last March 29. The images stirred up public outrage and doubts about security measures at sensitive military installations.
A statement from the prosecutors found that the 15 suspects had not violated any military-related laws with the organization of the visit. Lieutenant Colonel Lao Nai-cheng, the deputy head of the Army helicopter squadron in Longtan, Taoyuan City, invited Lee and several other civilians to the base, where he allowed them to pose for pictures with the Apache AH-64E attack helicopter.
Squad chief Lt. Col. Tseng Ming-hsiung, Lao’s immediate superior, was one of several officers slapped with military demerits but he also escaped indictment by civilian prosecutors Friday. In July, Lao was impeached by the Control Yuan.
The group of outsiders, which also included a foreign citizen, should never have been allowed on to the base as they did not fulfill the necessary requirements, earlier reports said.
The suspects faced accusations of having treated the military base as their private property, inviting unauthorized civilians to tour the facility as if it were an amusement park. Lao was also accused of having taken an expensive helmet for helicopter pilots to a Halloween party outside the base last year.
However, prosecutors said that Lao needed to keep the helmet with him as regulations prescribed, so he could not be charged with having violated rules. Military regulations also did not ban pictures of the Apache helicopters and helmets from being posted online, according to statements made by the Ministry of National Defense to the prosecutors, reports said.
Lao could also not be accused of having hidden the facts about the visit by the outsiders to his superiors or to other officers at the Longtan base, prosecutors concluded Friday.
The Taoyuan prosecutors said that during an investigation spanning over four months, they questioned 37 suspects and witnesses, searched 16 locations, and impounded smartphones, cameras, laptops and navigation systems belonging to the 15 suspects. They also viewed surveillance camera footage and files from the Army base, which they passed on to Ministry of Justice experts for analysis.