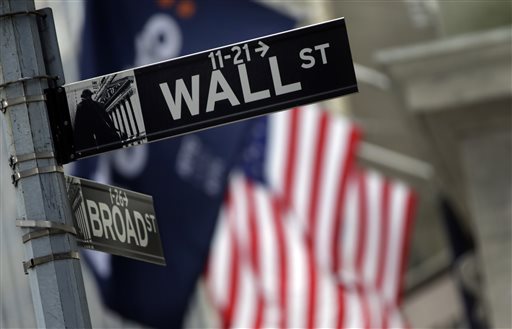 EW YORK (AP) — The U.S. stock market endured its worst performance in 18 months on Thursday, driven lower by another slump in Chinese shares and heavy selling by technical traders.

The global rout started in China, where sharp declines in energy and property stocks pushed the Shanghai Composite down more than 3 percent. That selling soon spread to European and U.S. markets, where the Standard & Poor's 500 index moved further below a closely watched trading level.

"The emerging markets really got slammed overnight and that quickly spread to the rest of the world," said J.J. Kinahan, chief strategist at TD Ameritrade.

It was the biggest percentage decline for the Dow and S&P 500 since February 2014. The blue chip index is now at its lowest level since October 2014.

Buyers of stocks were few and far between. Selling outweighed buying by a ratio of more than eight to one in heavy trading. Still, even with the sell-off, the S&P 500 was down just 4.5 percent from its record close of 2,130.82 on May 21.

As the selling picked up Thursday, investors moved money to traditional havens in times of uncertainty.

Gold rose $25.30, or 2.2 percent, to $1,153.20 an ounce, the metal's best day since April. Demand for ultra-safe U.S. government bonds rose, pulling down the yield on the benchmark 10-year Treasury note to 2.07 percent from 2.13 late Wednesday. The 10-year's yield stood at 2.19 percent only two days before, and its decline since then represents a major decline.

Worries over China, the world's second-largest economy, spurred Thursday's losses. The Shanghai Composite Index dropped 3.4 percent. Chinese shares have had a wild ride this week and that has raised questions about Beijing's ability to stabilize the market and the devaluation of that nation's currency.

The move has caused other countries to devalue their own currencies, notably oil-rich Kazakhstan and the manufacturing hub of Vietnam.

Strategists and traders, noting the lack of major U.S. economic news on Thursday, said the drop in stocks was also likely tied to programmed selling, which came after the S&P 500 moved below one of its most closely watched indicators, a 200-day moving average.

While many investors buy and sell stocks based on a company's business outlook, there is a different class of trader who relies on such technical indicators to make investment decisions.

"I see this drop as likely because we crossed the 200-day moving average, and that's causing us to have further selling," said Scott Wren, chief global equity strategist at the Wells Fargo Investment Institute.

Media stocks were hit particularly hard. Walt Disney shares fell $6.43, or 6 percent, to $100.02. Analysts are concerned that viewers are moving away from cable, which could hurt lucrative Disney properties such as ESPN.

The year's biggest winners also were hit hard, possibly a sign that investors feel the seven-year bull market for stocks might be slowing down. Netflix, which is up about 130 percent since January, fell 8 percent. Gilead Sciences dipped 3 percent and Google declined 2 percent.