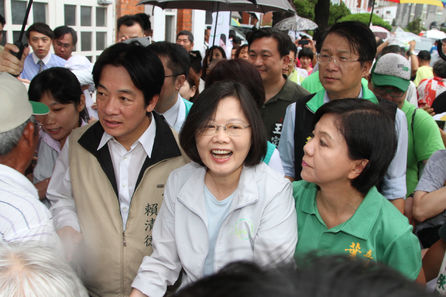 The Democratic Progressive Party is willing to collaborate and forge closer city-to-city ties following the wrap up of the two-day Shanghai-Taipei City Forum, an exchange of discussions held between Taipei City Mayor Ko Wen-je and the mayor of Shanghai, according to DDP Spokesperson Cheng Yun-peng on Wednesday.

When asked about the DPP's view on the details of discussion held between the two mayors, Cheng refused to comment, however saying the party will respect whatever decision Ko makes.

According to Taipei City government spokesperson Sydney Lin, Ko lauded the event as a "completely successful forum," which enabled both parties to deal with various issues facing the two cities.

Though the latest round of the two-city forum was not finalized until August 8, officials of the two cities managed to sign four memoranda of understanding, including mutual acceptance of the each other's electronic IC cards.

Again asked whether the Chinese counterparts would restrict mayors and magistrates represented by the DPP from participating in future city-to-city discussions, Cheng said the party has formed special workgroups across its 13 ruling municipalities tasked to handle cross-strait negotiations, stressing that the party is open for future talks.