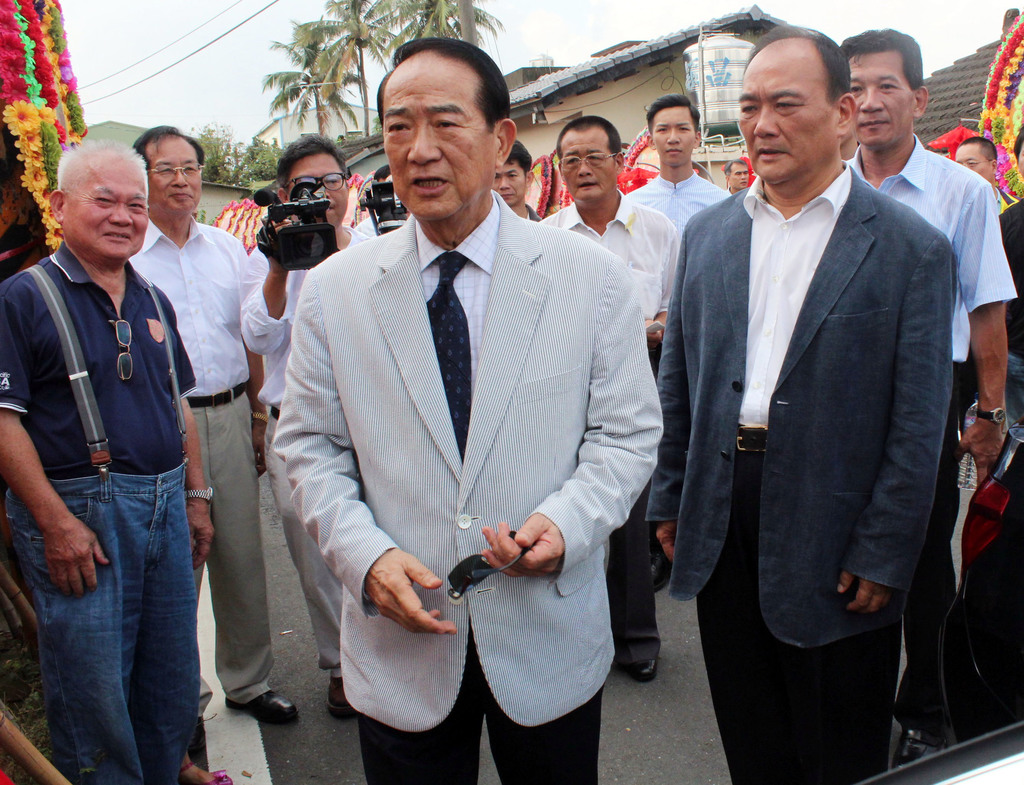 People First Party Chairman James Soong downplayed speculations Wednesday that he has been courting Kuomintang party members to win their popular supports in preparation for next January’s local elections.

Soong’s response also came amid rumors that he is plotting against KMT presidential contender Hung Hsiu-chu in a bid to sabotage her.

He however denied the allegations, saying he did not join the race to undermine any party, or anyone for that matter.

“I simply came to visit an old friend, to exchange opinions and views about creating a better future,” he explained.

The PFP chairman arrived in Chiayi on Wednesday to attend a memorial service for the father of former city councilor Chien Tai-ho. He was also joined by the then-Chiayi county council speaker Hsiao Teng-piao. Soong is also expected to meet other local legislators from the pan-Green camp later in the day.

“Having been in politics for the past three decades, I got to know quite a few people from various factions. It’s nothing out of the ordinary,” he said.

Meanwhile, Soong asked the local media to refrain from making any false assumptions that would create unnecessary misunderstandings between him and the Nationalist party.

“There is always a time and place for us to work together,” he exclaimed.