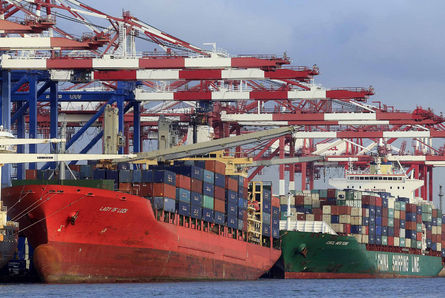 The Ministry of Economic Affairs (MOEA) could paint another gloomy picture of Taiwan’s export figures for the month of July as the economy failed to show signs of revitalizing.

“This could be the fourth straight month that export orders continued to post a decline,” Economic Minister John Deng said during a forum hosted by the Taiwan Chinese Petroleum Corporation (CPC) on Wednesday.

Despite his optimism for the second half of the year, Deng said a recovery will largely depend on three underlying factors, including international crude oil and steel prices, new products releases from domestic suppliers, and increase in import of capital goods.

The ministry is scheduled to release July export order data on Thursday.

“The Executive Yuan has carved a short-, mid- and long-term plan to help boost local investments as well as international trade,” he said.

In June, export orders fell 5.8% from a year earlier to US$36.58 billion as global demand for handheld devices and computers remained weak, which dragged down orders placed for electronics and communications products.

However, the ministry expects the Christmas holiday shopping season to help Taiwanese exporters regain their footing in the second half of the year, a traditional peak season.

Although the island’s gross domestic product (GDP) growth is currently far from ideal, “the ministry will look for ways to help domestic suppliers expand their export channels and boost trade,” Deng explained.