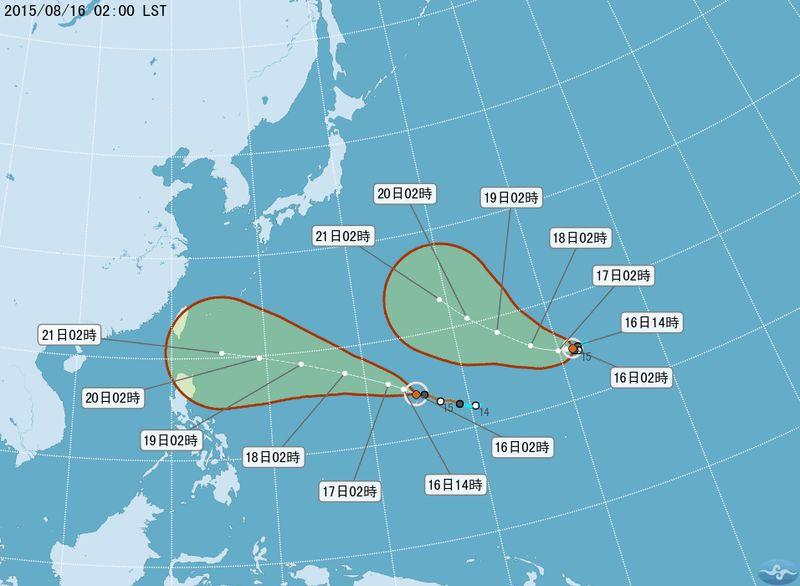 As Taiwan recuperates itself from the damages inflicted by Typhoon Soudelor, a new tropical storm named “Goni” is building on strength and coming towards the island, according to the Central Weather Bureau (CWB) on Sunday.

Goni is currently centered about 2,690 kilometers east-southeast of Taiwan's southernmost tip, Eluanbi, and heading west-northwest at 14 kilometers per hour.

Winds of up to 25km/h have been observed around the center of the typhoon, with the diameter of the storm currently expanded to as far as 120 kilometers.

The weather bureau said it is still early to confirm whether Goni will impact the island as there are other factors which can alternate its course.

The picture will become clearer after Tuesday, it said.

Typhoon Goni is forecast to continue to strengthen as it passes by Saipan in Northern Mariana Islands. Similar to Soudelor, this new system may begin to undergo a period of rapid intensification if it were to continue at its current direction before reaching Taiwan.

Trailing behind is tropical storm Atsani. However, judging from its path, the weather bureau said it will have little affect on the island.