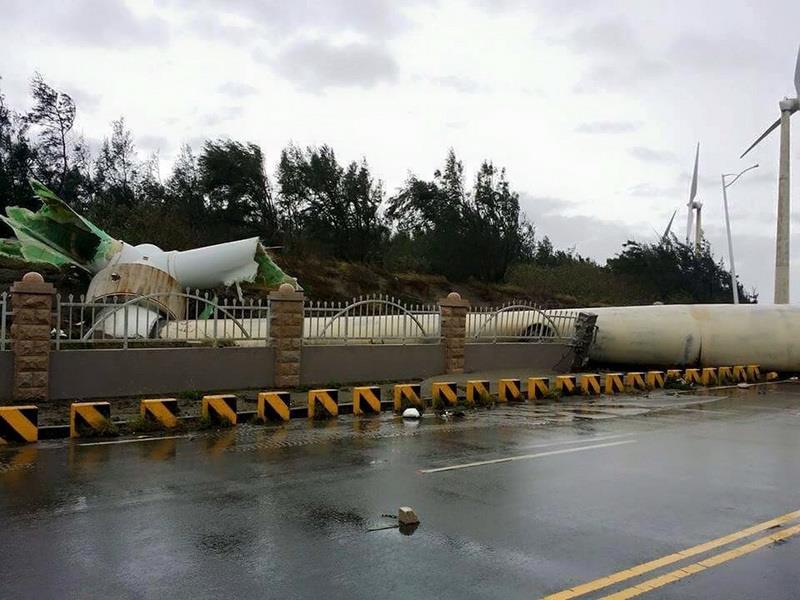 The typhoon's powerful gusts of up to 202 to 220 kilometers per hour blew seven of its 18 wind turbines at Taichung's Gaomei Wetlands to the ground, incurring an estimated NT$460 million (US$14.48 million.) in losses.

There are already widespread speculations about how the turbines could be toppled as they are made to withstand the wind.

According to Li Wen-ping, deputy director of Renewable Energies at Taipower, the preliminary report will be disclosed publicly within two months.

Democratic Progressive Party (DPP) Legislator Tien Chiu-chin said although Taiwan imports 97 percent of its energy sources, the government is worried that the damages incurred could lead to other possible causes, hence it has called for an investigation to oversee the matter.

Li said during a press conference on Wednesday that the toppled turbines have been in operation since the first phase of wind power installation in 2003.

The second phase was done in January 2005 until September 2011 in which 58 turbines were put into operation in Changgong Unit 1, Yunlin Mailiao, Sihu, Linko and Tatan Wind Power Stations.