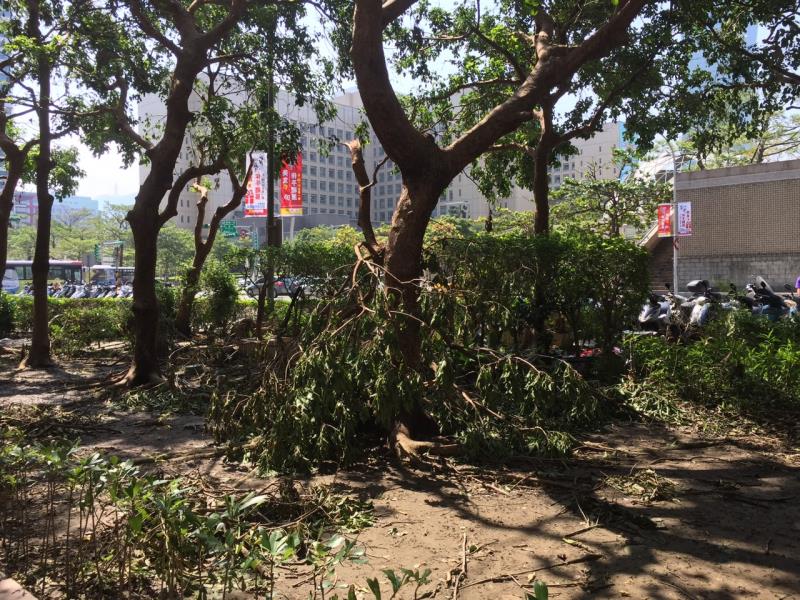 The powerful typhoon battered Taiwan last weekend with strong wind and torrential rain, bringing massive damages to cities across the island, among which over 6,000 road trees in Taipei were uprooted.

Taipei's Public Works Department has been working around the clock to bring the city’s traffic up to speed, however there are still felled trees and broken tree branches everywhere.

According to Lu, the Department of Environmental Protection is seriously understaffed despite having mobilized an additional 2,000 manpower to handle the tasks at hand.

“Despite working in a 12-hour shift and sacrificing their days off, our staff are working hard to help the city return to its paces,” he stressed.

Lu said said efforts would be focused on sawing fallen trees into smaller pieces, as the majority of trees felled by the typhoon were large, making work to remove them time-consuming.

The department of public works disclosed Tuesday that Soudelor had brought down a total of 15,000 road trees in Taiwan, far larger than the recorded 3,000 during Typhoon Soulik in 2013.