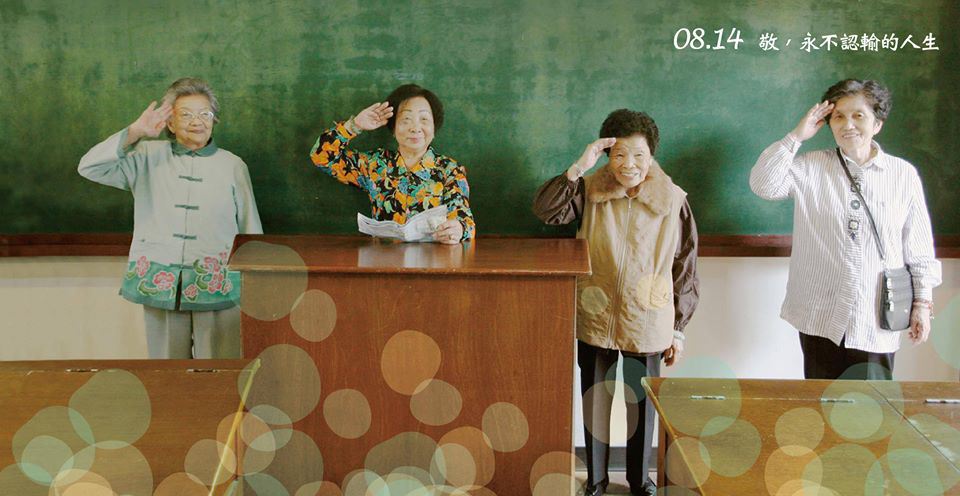 The movie “Song of the Reed” is having its premiere Tuesday night. The documentary tells the story of Taiwanese women who were forced into sexual slavery by the Imperial Japanese Army in occupied territories before and during World War II.

The documentary was directed by Wu Shu-ching, an assistant professor at National Taiwan University of Arts, and based on an idea by the Taipei Women's Rescue Foundation. The shooting was done years ago, and it’s finally on theaters this month after they got enough money via the crowdfunding website “flying V”. In the movie, those former comfort women went to Japan to protest, attended court as victims, and also visited many Japanese NGOs which support them on the case.

According to the UDN news site, there are six leading characters in the movie: Hsiao Tao, who tried to commit suicide three times during her life as a comfort woman, but who kept enduring the violence because she missed her grandmother and wanted to see her again. In the scene of her going to Japan for the protest, she couldn’t stop crying every time when she started talking about her miserable experience. Another woman named Ta Tao, who signed up for a nursing job, ended up becoming a comfort woman at the age of 19. She said that she felt ashamed when attending the protest in Japan, but another Korean woman told her: ”It’s not your fault at all so there is definitely no need for you to feel ashamed.”

To commemorate International Comfort Women Day on August 14, the Taipei Women's Rescue Foundation invites the public to write down their wishes for those women who suffered from the violence with the hashtags #ComfortWomenNeverBeForgotten, #EndSexualViolenceInConflict. An event will also be held on August 14 at the Chingcheng Park. Participants can check-in at the location as End Sexual Violence in Conflict Taipei, and “Comfort Women” NeverBeForgotten.

The spokesman of the Taipei Women's Rescue Foundation indicated that the issue of fighting over whether the comfort women volunteered or not during the recent high-school curriculum protests was an extreme simplification of the fact that women suffered from being forced into sexual slavery.

On International Comfort Women Day, “Song of the Reed” will be officially in theaters.