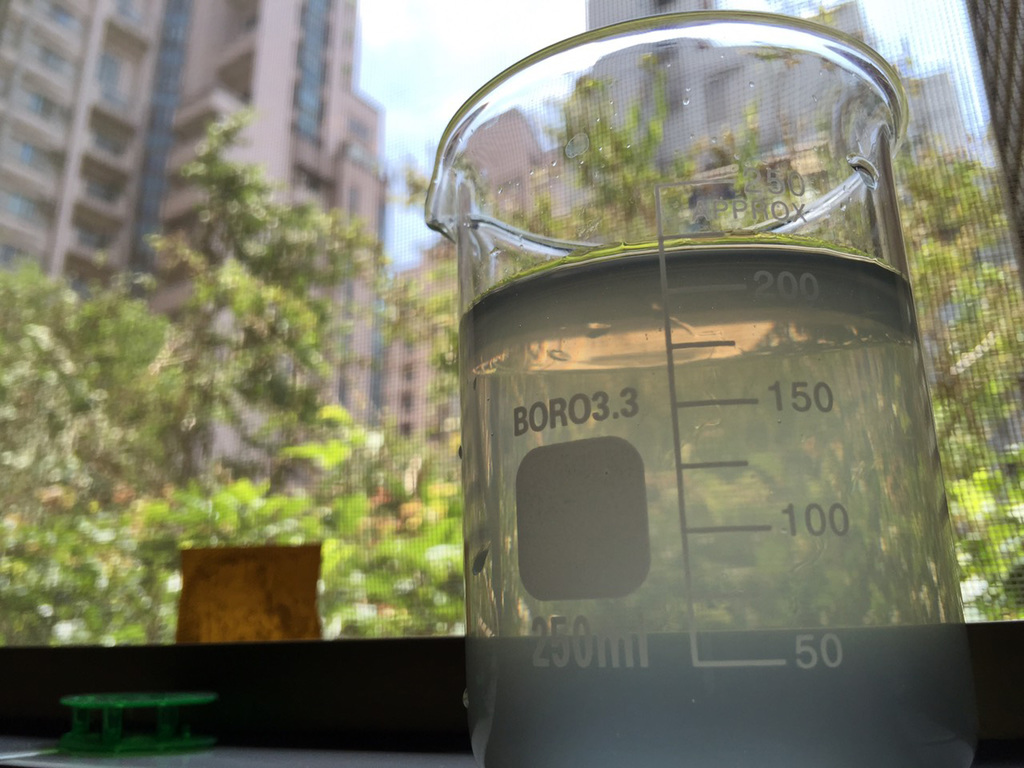 TAIPEI (Taiwan News) – The Ministry of Economic Affairs on Tuesday slammed Taipei City Mayor Ko Wen-je over the high turbidity of drinking water in the wake of Typhoon Soudelor.
Residents of Taipei and New Taipei found that after the typhoon battered the area last weekend, tap water had turned light yellow. Ko accused the central government of being responsible as its allegedly poor conservation work upstream of the Nanshi Creek had turned water at purification plants turbid.
Economics Vice Minister Yang Wei-fuu said Tuesday that the Taipei City water authorities were at fault because they had chosen to use the dirty water from the Nanshi Creek as a supply for the purification plant.
Yang, who spent a significant part of his career at the Water Resources Agency, said that it was common sense for a purification plant not to use water that was too dirty and to turn off the supply because the water might even damage the equipment.
The Taipei City Government should reflect on its own shortcomings before starting to attack others, Yang said.
The MOEA official acknowledged that conservation of soil and waterways was also an issue, but when a typhoon struck, the local water authorities should have the necessary experience to give the right response.
The WRA said that major water reservoirs had drawn up relevant standard operating procedures and advised Taipei to consult those.
After residents found their tap water had turned yellow, many refused to use it and instead bought large quantities of bottled water from supermarkets, even causing shortages.
Tuesday evening, the authorities announced that in order to try and reduce the turbidity of the tap water, the water supply would be shut off for 24 hours in parts of the New Taipei districts of Sanxia, Yingge and Shulin and of the Taoyuan district of Bade.