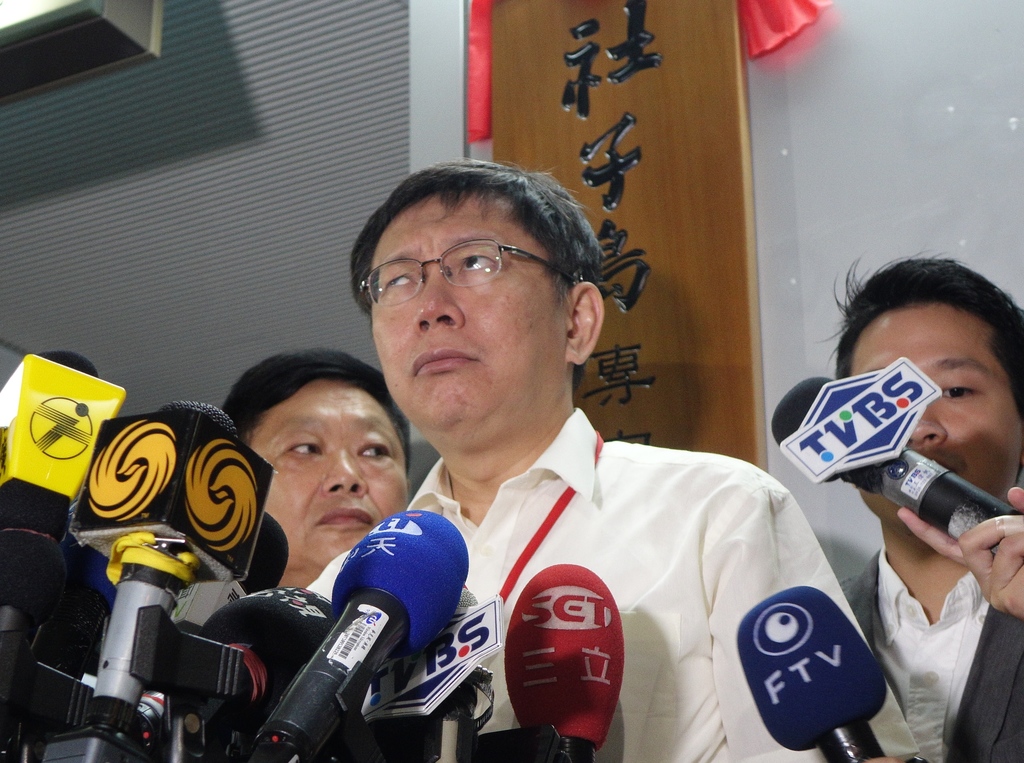 Ko under fire for typhoon whereabouts

TAIPEI (Taiwan News) – Taipei City Mayor Ko Wen-je came under fire Tuesday after his wife wrote online that he had spent Typhoon Soudelor eating at home.
The typhoon hit all of Taiwan heavily last Saturday and Sunday morning, causing massive disruption to traffic as well as several deaths and more than hundred injured. Thousands of trees were uprooted in the capital alone.
Responding to the criticism, Ko said Tuesday that he had been online all through the typhoon’s onslaught communicating with officials about what needed to be done. He wondered whether it was necessary for the mayor to be wallowing outside through the storm.
Ko said that when he returned home Monday night, he found his wife, Peggy Chen, crying. After he had found out why, he told her not to let herself be too impressed by cyberbullying. She reportedly closed down her online presence after the criticism.
The controversy started after Chen had written on her Facebook page that Ko had spent the whole time during the typhoon at home “clearing out the refrigerator” and eating.
Online critics said he should have been guiding rescue efforts and show more concern for the victims of the typhoon.
Ko said he had been in contact with members of his administration at all time and had taken some work home with him.
Critics drew comparisons between Ko and former central government official Steve Hsieh, who resigned after it had become public he had attended a father’s day dinner during a serious typhoon.