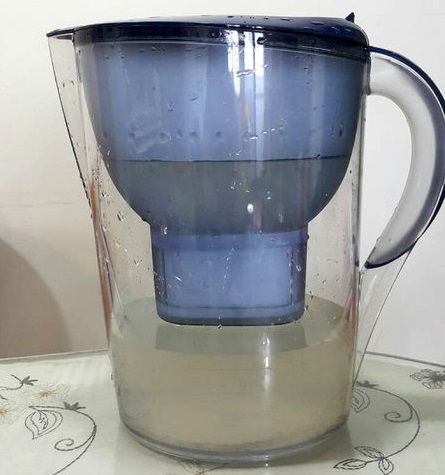 The Environmental Protection Agency (EPA) advised the public to boil drinking water as it may be contaminated due to Typhoon Soudelor, reports said Sunday.

As the island’s northern reservoir had been flooded by muddy water, the EPA suggested boiling or chlorinating drinking water to minimize the risks of diarrhea or stomach ache.

The Feitsui Reservoir’s turbidity has since remained over 30,000 Nephelometric Turbidity Units (NTU) following the aftermath of the tropical storm, according to the Taipei Water Department. NTU is a measure of the clarity of water with a normal level of 1,000. The department said its water treatment plant in the greater Taipei area could only handle 6,000 NTU at a time.

Residents in the districts of Yungho, Sanchung, Zhongho, and Xindian should expect a decrease in water pressure or periodic water outage as the time for treating the excessive muddy water has been extended.

Meanwhile, the environmental agency also called on civilians to clean up after their surrounding areas after the typhoon, especially those in flooded areas, and urged residents to empty water from containers for fear of dengue fever outbreaks.

The EPA would be in close contact with local health bureaus and would help civilians decontaminate their surroundings, adding that they would also conduct cleaning and implement preventive measures in areas that are on the centers’ database for mosquito warnings.