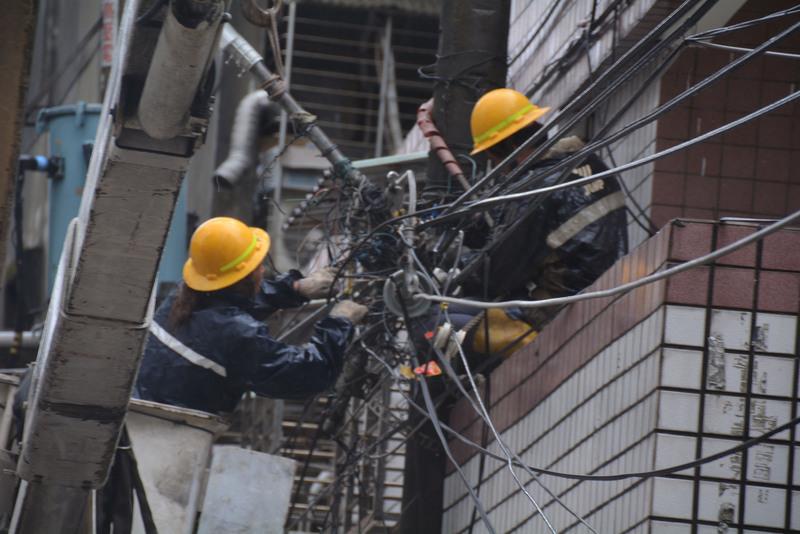 Despite the return to normal after Typhoon Soudelor, more than 14,000 households in the Taipei metropolitan area are still left without electricity and running water as of 8 a.m. Sunday, according to the city government.

4,726 reported cases of fallen trees and debris left as a result of the storm still need to be cleared off public streets, according to the city’s public works department.

Although technicians are working around the clock to resume power lines and running water, there are still 14,867 homes left without electricity, and 14,465 residences with no running water in the Taipei metro area.

Meanwhile, the Taiwan Power Company (aka Taipower) disclosed that it will clear electricity to more than 400,000 households in Taichung before Sunday noon after 444,000 of them were left with no power as a result of the typhoon.

Technicians have been battling to resume power lines in the central city since the beginning of the storm, and as of 9 p.m. Saturday, 150,000 homes are still left with no power. Officials said they will fix the problem and reduce the number to 40,000 before noon.

The central city government called for the public to show tolerance and give its technicians some time before resolving the power outage, as they are working around the clock amidst the rain.