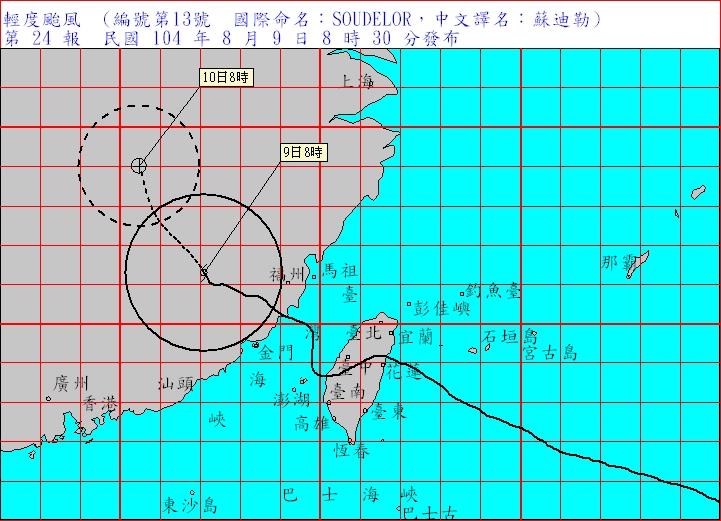 Life in Taiwan began to return to normal Sunday as Typhoon Soudelor continued in an east-northeast direction and has reached China’s Fujian Province after battering Taiwan with torrential rains and near record gusts.

The Central Weather Bureau lifted its land warning for Soudelor at 8:30 a.m. after Kinmen and Matsu have been declared free from the effect of the typhoon early this morning.

The Taiwan Railways Administration (TRA) and the Taiwan High Speed Rail Corporation (THSR) said all of their lines (except for the Alishan Forest Railway) have resumed operation after temporarily shutting down on Saturday due to the typhoon.

International flights arriving and leaving the Taoyuan International Airport have also resumed. However, offshore charters between Kinmen and Songshan Airport will not be open before 12 p.m.

The Suhua Highway is expected to re-open at 5 p.m. later in the day after closing off on Friday for precautionary purposes and experiencing several landslides triggered by the storm.

Soudelor made landfall in the early hours of Saturday and exited into the Taiwan Strait before noon, bringing destructive winds and dumping heavy rain as it swept through the island.