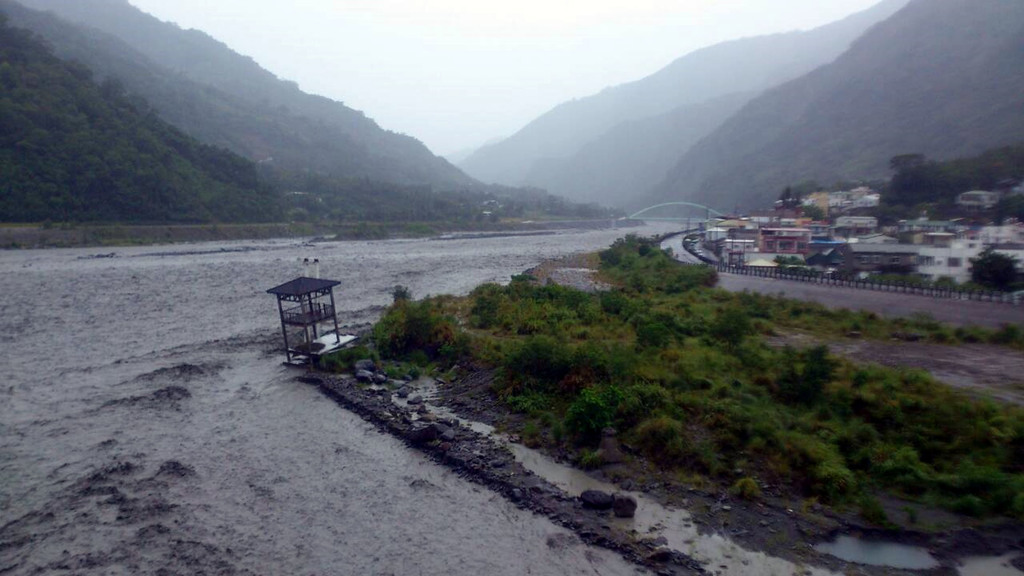 TAIPEI (Taiwan News) – Damage to agriculture by Typhoon Soudelor was estimated at NT$143 million (US$4.5 million), with more than half registered in Hualien County, the Council of Agriculture said Saturday.
The typhoon left a trail of destruction from Friday evening until Saturday afternoon, with floods, landslides and fallen trees reported from across the country.
The banana growing sector was the biggest victim of the storm, with the equivalent of 382 hectares damaged at a cost of NT$26.54 million (US$837,000). The pomelo and papaya harvest would also be affected, the COA said.
The forestry sector’s losses were estimated at NT$40.37 million (US$1.27 million), while general agricultural infrastructure suffered a loss of NT$16.99 million (US$536,000), almost all of that recorded in Taoyuan City.
When considered geographically, Hualien County was the region which had suffered the most, with damage to the sector estimated at NT$87 million (US$2.7 million), or more than half the nationwide total. Taoyuan came second with NT$18.4 million (US$580,000), followed by New Taipei City, Nantou and Miaoli.
The COA warned that there were still many parts of Taiwan which had not filed reports about damage to agriculture, so the total figure was certain to rise significantly in the following days.