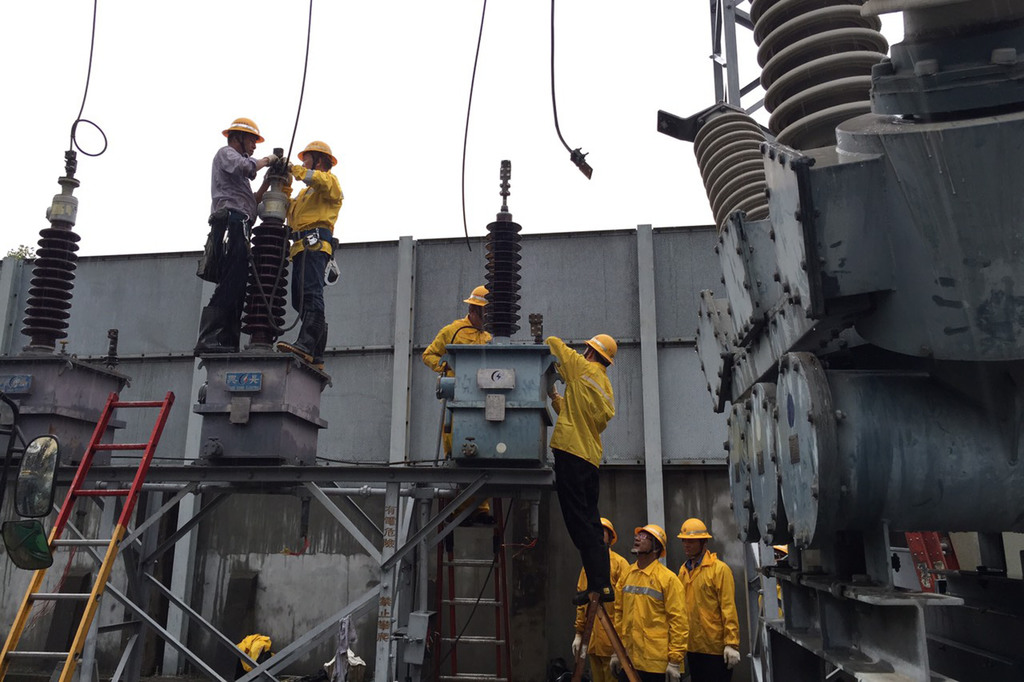 TAIPEI (Taiwan News) – A record 3.84 million homes were left without electricity some time during the passage of Typhoon Soudelor, the Taiwan Power Corporation said Saturday.
The amount was not only a record, but due to the size of the problem, Taipower’s website stalled as too many people went online to report problems.
The previous record of 2.79 million households without power was reached during a typhoon in 1996, reports said.
Taipower said it was doing its best to fix the problem, but continuing strong winds and torrential rain in the wake of the typhoon was making repair work slow and difficult.
By 1 p.m. Saturday, 1.91 million homes were still left without power, but the number was brought down to 1.41 million by early evening, Taipower said. Central Taiwan’s Changhua County was the worst affected, with 400,000 homes still waiting for power to come back on. Taoyuan and New Taipei had 230,000 households each without power, Taichung 220,000, Yunlin County, where the eye of the typhoon left Taiwan’s main island, 160,000, Chiayi County 140,000 and Kaohsiung 100,000.
Taipower IT staff also had their hands full with trying to restore the company website, because too many people were looking up information about fixing the power shortage or reporting problems in their home.