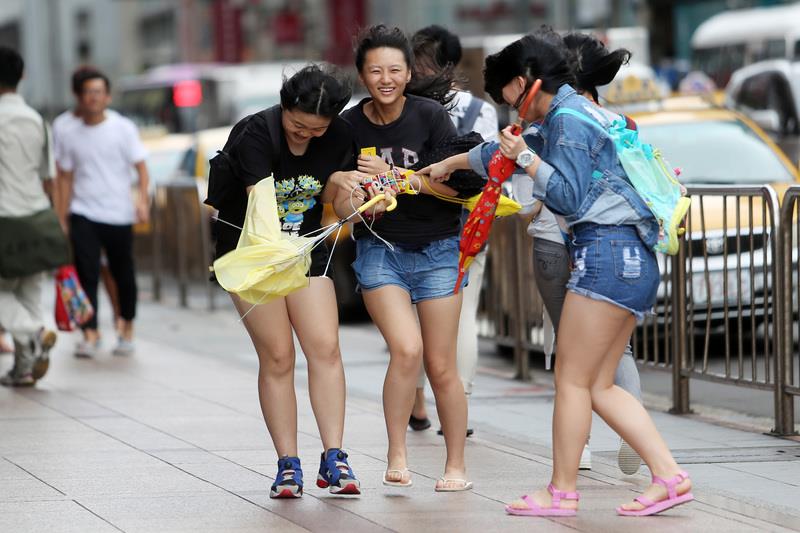 TAIPEI (Taiwan News) – All parts of Taiwan, including Taipei, Kaohsiung and Taichung announced Friday evening that the typhoon holiday for schools and offices would also include Saturday.
The outer ring of Typhoon Soudelor was about to touch Taiwan’s east coast early Friday evening, with the eye expected to make landfall early Saturday morning.
Taitung County was the first region to declare all of Saturday a day off for schools and offices, with major cities including Taipei, New Taipei, Keelung, Taoyuan, Taichung and Keelung following suit at 8 p.m. Tainan and the offshore island of Kinmen were the last ones to announce, at 9 p.m., but they followed the example set by the rest of the country.
By 8 p.m. Friday, the eye of the storm was situated 250 kilometers east-southeast of Hualien City and moving west-northwest at a speed of 21 km per hour. It was expected to make landfall in the early hours of Saturday morning, either in Hualien or Taitung County. By noon, the eye would have reached an area about 30 km south of Taichung, forecasters said, adding that it was expecting to leave the island and venture into the Taiwan Straits in the direction of China during the afternoon.
Traffic across the island was seriously affected by Typhoon Soudelor, with even high-speed trains staying inside until Saturday 4 p.m. at least, according to media reports. Numerous other train journeys, flights and ferry services had also been canceled due to the approaching storm.
Strong winds and extremely heavy rain were predicted for most of the country, as the whole island would be contained by the reach of the typhoon.