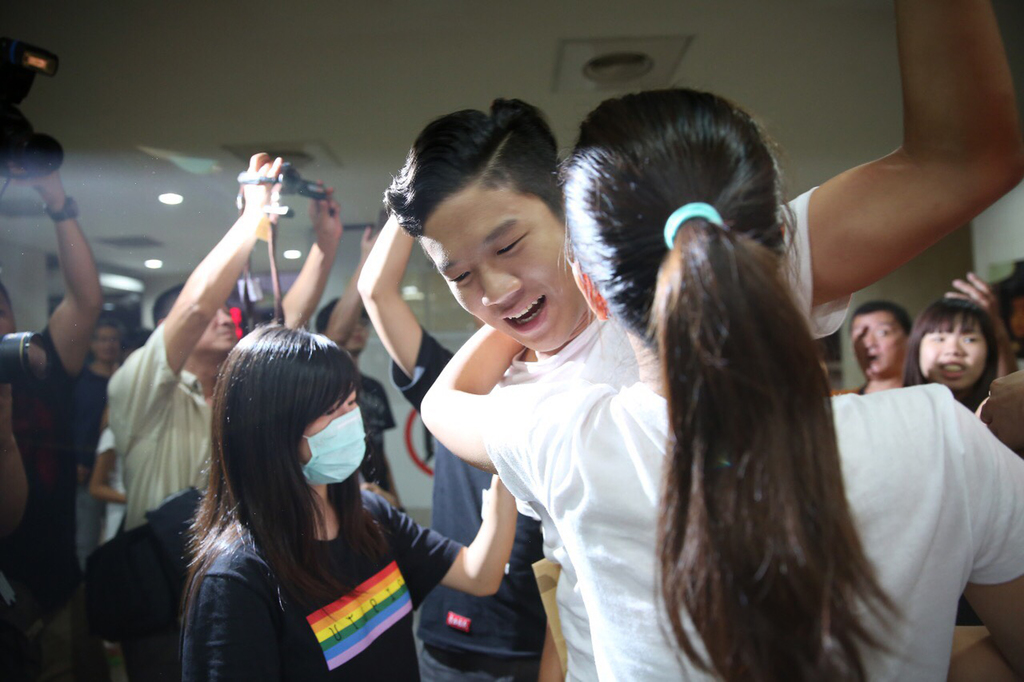 Dai Lin, a member of the Northern Taiwan Anti-Curriculum Changes Alliance, committed suicide at the end of July. His comrades, friends and family are devastated by the news. Lin’s mother wrote on Facebook in August to argue against any allegations towards her son, “My son is not controlled by any political parties. He is not blind for he is true to his principles. Only now, I finally understand he is using his own persistent way to do what is right…he used his life to light up the issue (altered curriculum).”

Lin’s mother wrote down her love for her child on Facebook on August 1. She pointed out that Lin cannot be taught through the traditional education ways. “He is a child who follows his will. Only until now, I finally see he is using his way to do what he believes is right. He tries to shine a light on the issue of the altered curriculum. He wants the public to pay attention to this issue. My husband and I see he has many good friends who fight to continue his beliefs. It is beyond everything we as a parent can imagine. I am surprised…”

However, there are many voices in the public trying to slander Lin. Lin’s mother spoke for her child in her writing. She pointed out he is a child who is true to his principle and will. He is not controlled by any political party. Lin’s mother also apologized to her son, “I am sorry Dai Lin, please forgive your mother. My misunderstanding gave you tremendous pressure. I treated my treasure (Lin) as a fool. Now I finally see your persistence and activeness towards your will and belief.”

“The society and the adults are the ones who are sick. The parents, us, were brainwashed by our education. You are the Little Prince who always has purity in your thinking. You have accomplished your task. Let the public talk and let us, the brainwashed adults begin to rethink,” ended Lin’s mother.