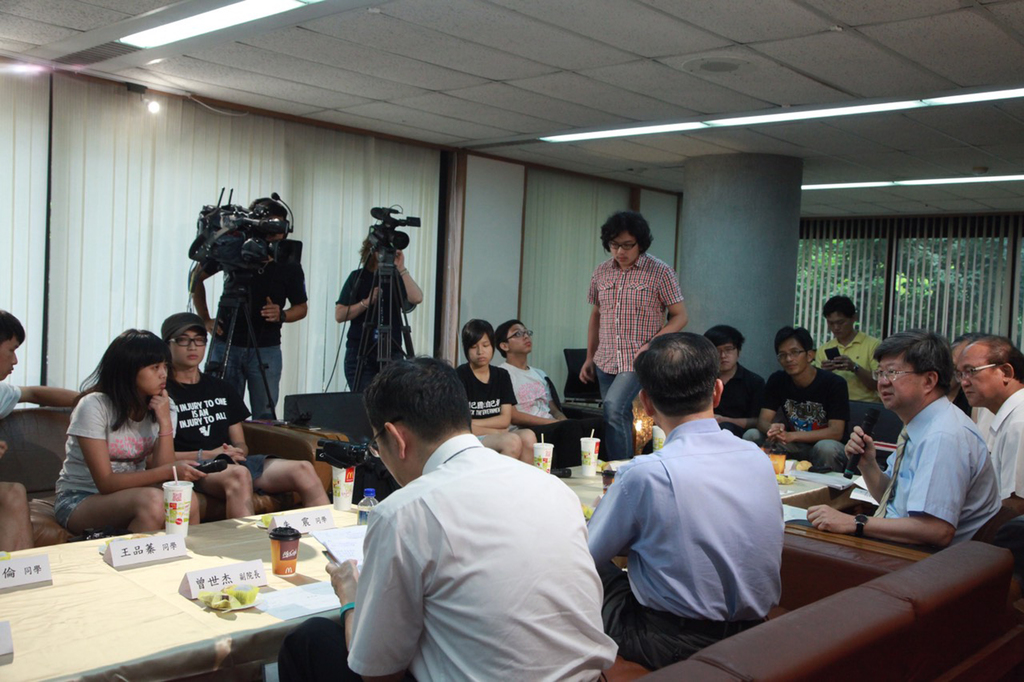 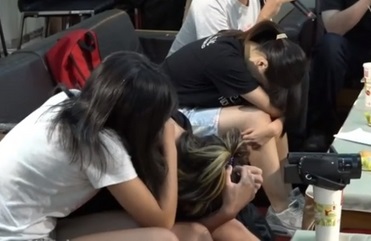 No consensus reached after curriculum talk

No consensus was reached on Monday as Education Minister Wu Se-hwa held a closed-door meeting with student leaders at the National Central Library in Taipei.

The dialogue was aired live on the lnternet where Wu reiterated that the curriculum guideline changes will remain in effect until proven illegal.

The minister said the plan for adjustments had already been announced in August 2013, and it was consequently put into effect as of February last year, adding that there is no apparent reason for scrapping it unless deemed inappropriate by the rule of law.

Seven student leaders, including three professors and two legal advisors were present at the meeting with Wu.

“According to the Control Yuan, there is nothing irregular about the curriculum changes under the context of the law,” he said.

Northern Taiwan Anti-Curriculum Changes Alliance convener Chu Chen dropped down in tears as Wu showed no signs of relenting during the entire discussion.

“What kind of meeting is this? We’ve come too far to back down,” he lamented.

Despite the curriculum changes, the education minister however said institutions and academics across Taiwan can opt to use the guidelines in their free will without interference from the MOE.

“The ministry promises to exchange opinions with the public should there be new revisions in the future,” Wu said, adding that the current curricula will remain in effect despite the insistence of student leaders.

Students watching over the projected broadcast outside the library wept in tears as the meeting ended two and a half hours later.