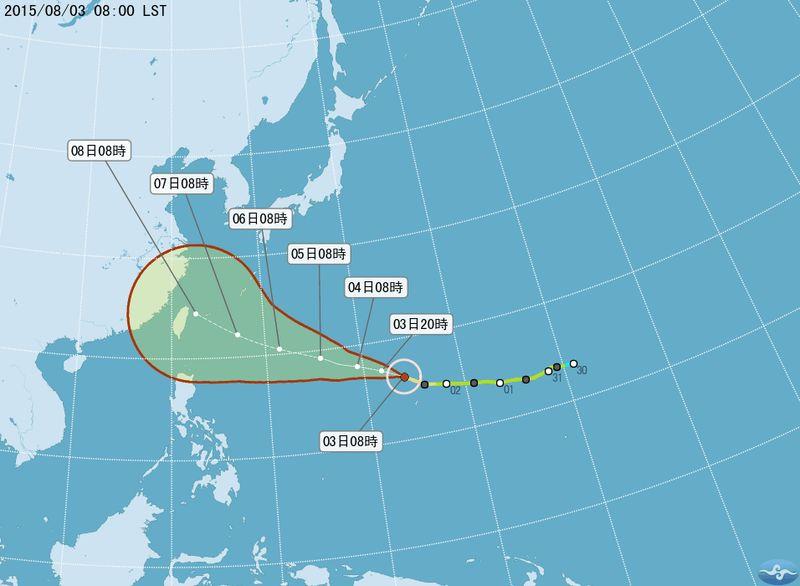 Typhoon Soudelor in the western Pacific Ocean will continue to strengthen over the coming days, reports said Monday.

According to meteorologist Daniel Wu, the impact of the tropical storm is expected to bring scattered rainfall on the sixth, eventually threatening Taiwan over the weekend or early next week.

The center of the storm is still 2,500 kilometers away and is currently moving at 22 kilometers per hour towards Taiwan’s eastern coast.

Earlier sources on Sunday evening said winds of up to 170km/h were reported on Saipan as the eyewall of Soudelor passed over the island.

Soudelor will continue to strengthen while it crosses the northern Philippines Sea on its way towards Taiwan. Warm ocean water and low wind shear will allow for significant strengthening of the typhoon, Wu said.

According to weather forecasts, the outer sphere of Soudelor will begin to impact the island on Thursday, followed by heavy rain and gusty wind as it closes in over the weekend through early next week.

The center of the typhoon is expected to reach Taipei on Father’s Day on Saturday.